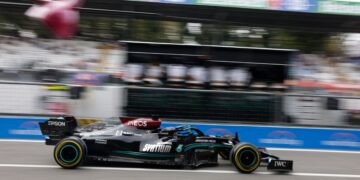 Hamilton fastest ahead of Friday qualifying for Italian GP

Hamilton fastest ahead of Friday qualifying for Italian GP 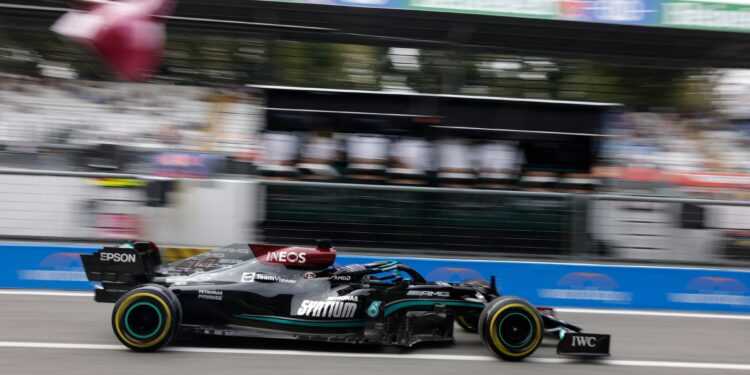 Italian Grand Prix – Mercedes Lewis Hamilton has laid down the marker by going fastest of Friday’s only practice session ahead of the Italian GP.

The Briton set a time of 1:20.926 which was 0.4s faster than second place man Max Verstappen in the Red Bull. Alfa Romeo-bound Valtteri Bottas set the third fastest time in the other Mercedes.

As the second of three race weekends this season which includes a Saturday sprint for pole, drivers had only one hour to get dialled into the circuit before Friday qualifying. Naturally, short runs were the order of the afternoon as drivers fit the soft and medium tyres to run qualifying simulations.

In the first half of the session it was McLaren’s Daniel Ricciardo who was on top using the medium tyres. When the soft tyre runs started, Verstappen set the fastest time going half a second clear. However, Mercedes persisted with the medium tyres and Hamilton crossed the line nearly half a second faster than the Red Bull driver.

Lance Stroll set the fourth fastest time in the Aston Martin, with Pierre Gasly fifth behind in the AlphaTaur. Aston Martin teammate Sebastian Vettel was sixth fastest ahead of Carlos Sainz in the Ferrari.

Fernando Alonso was eighth in the Alpine with Ricciardo in ninth. The Australian had a laptime deleted due to exceeding track limits. Sergio Perez in the other Red Bull rounded out the top ten.