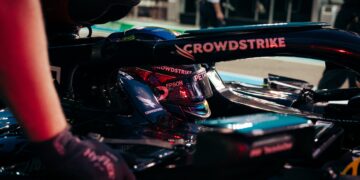 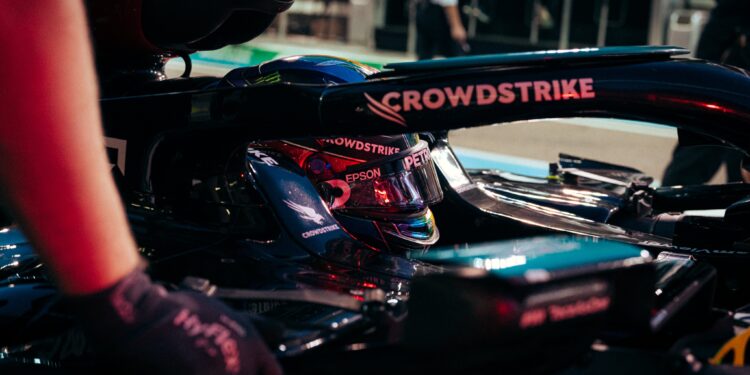 Abu Dhabi Grand Prix – The pendulum has swung towards Mercedes as Lewis Hamilton set the fastest time in second practice ahead of the title showdown at Abu Dhabi.

The seven-time world champion set a time of 1:23.691 around the revised Yas Marina circuit to go top of the timesheets. Fellow title-contender Red Bull’s Max Verstappen set the fourth fastest time, some six tenths off the benchmark set by Hamilton.

With the circuit draped in darkness ahead of F1’s only twilight race, drivers got their first taste of how the circuit will fare for Qualifying on Saturday and the Grand Prix on Sunday.

In the early part of the session, the drivers elected to run the medium tyres with Hamilton topping the timesheets with a 1:24.9; Verstappen was able to keep pace on the mediums as well, but had his time deleted for exceeding track limits. However, the Dutchman had another bite of the cherry to set a 1:25 flat.

But Hamilton had a point to prove and lowered the benchmark to a 1:24.1 on his next runs before opting to run on the soft tyres.

Alpine’s Esteban Ocon raised some eyebrows with a timesheet-topping 1:24.0 on the soft tyres. However Hamilton went much quicker crossing the line to set a 1:23.6 on his soft tyres to go fastest of all.

Fernando Alonso in the other Alpine rounded out a good day for the Enstone squad who finished in sixth, just half a second off his teammate.

Yuki Tsunoda was the fastest AlphaTauri in seventh place, with the Ferrari pair of Charles Leclerc and Carlos Sainz in eighth and ninth respectively. Pierre Gasly in the other AlphaTauri rounded out the top ten.

In the closing stages of the session, the red flags were brought out as Kimi Raikkonen crashed his Alfa Romeo heavily into the barriers. In his final Grand Prix weekend of his career, the Finn lost the rear as he rounded the hotel section and ploughed rearward into the barriers. Raikkonen was unharmed from the incident, but the rest of the grid were unable to complete any test starts having return to the pits.