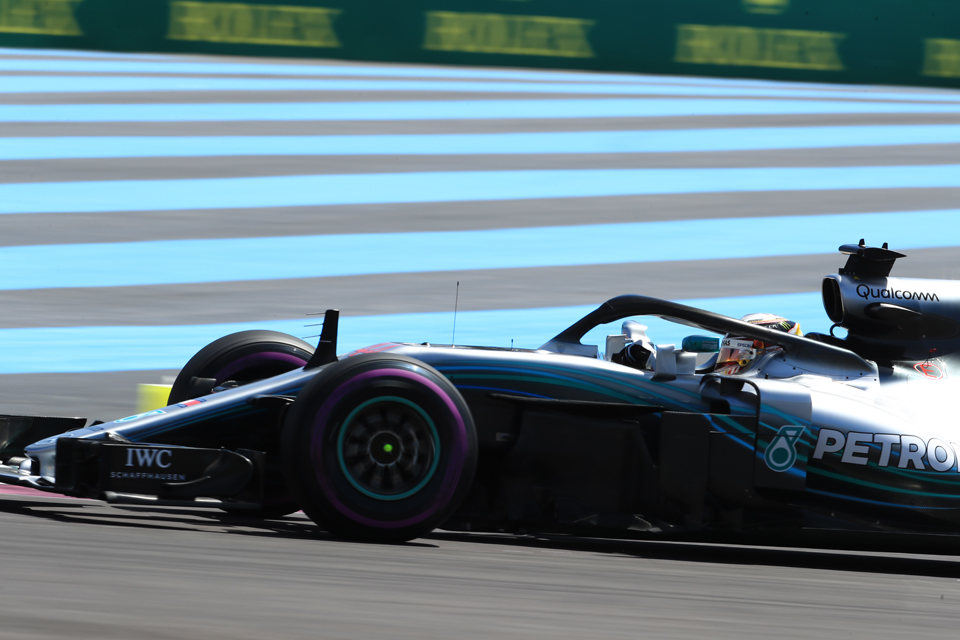 With strong headwinds and tailwinds continuing to cause setup headaches, reigning champion Hamilton registered the best lap time of the session with a 1:32.539.

He enjoyed an advantage of several tenths of a second over Red Bull’s Daniel Ricciardo and Max Verstappen, whilst team-mate Valtteri Bottas missed out on qualifying and race simulations altogether after being sidelined with a water leak.

The Ferrari’s of Kimi Raikkonen and Sebastian Vettel finished in fourth and fifth, with both drivers believing more pace is to come from the SF71H.

Any assessments into qualifying and race simulations were interrupted by a red flag and a virtual safety car.

Wheel detachment problems were once again brought under the spotlight after Force India’s Sergio Perez brought out the red flags after he lost the left-rear wheel of his car.

Worrying, the Mexican was on his flying lap when the issue occurred, suggesting that the car felt fine for the entire out lap.

Brendon Hartley also had a shortened session after he was forced to park his Toro Rosso due to a suspected power unit issue, bringing out the virtual safety car.

Romain Grosjean gave Haas plenty to be positive about after claiming the ‘best of the rest’ honours, finishing several tenths ahead of midfield rivals, McLaren’s Fernando Alonso and team-mate Kevin Magnussen.

Sauber’s Marcus Ericsson missed out on free practice two altogether following his crash in the opening session. The Swede required a new chassis after the excessive damage.

To view the full results from the session, click here.