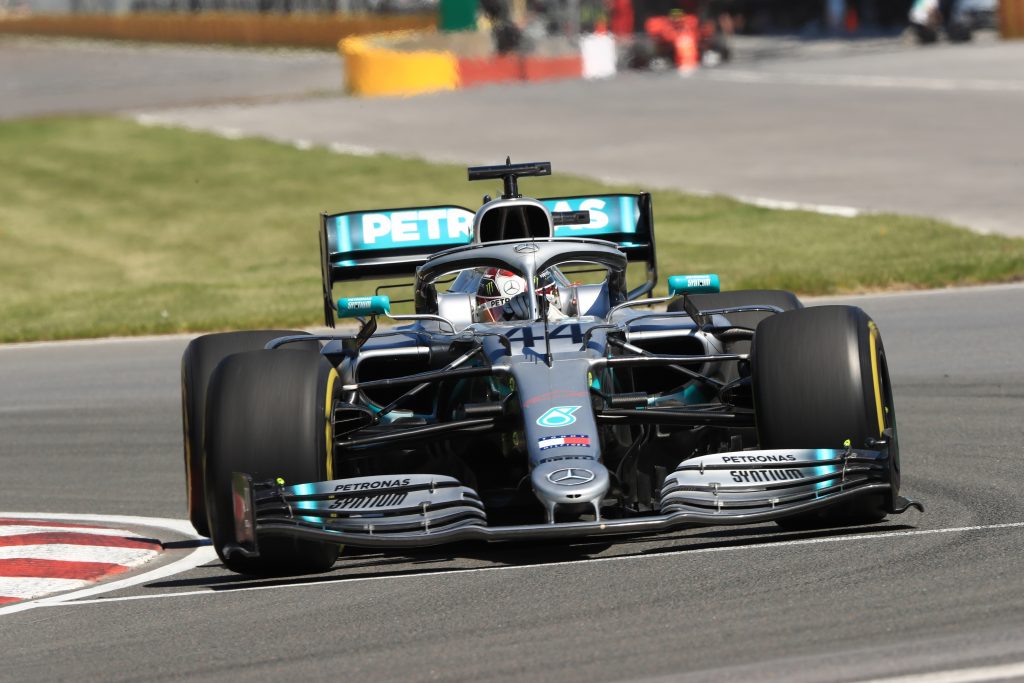 Hamilton fastest in Montreal as Giovinazzi crashes out – FP1 Report

Hamilton fastest in Montreal as Giovinazzi crashes out – FP1 Report

Canadian Grand Prix – Lewis Hamilton was the fastest driver in FP1 ahead of Mercedes team-mate Valtteri Bottas in the tricky, low-grip conditions in Montreal.

At a very dusty Circuit de Gilles Villeneuve it was Hamilton who set the early pace after finishing ahead in an all-Mercedes duel in FP1.

With the two Mercedes drivers taking several turns at setting the pace, the final fastest lap was set by the Briton, who clocked a 1:12.767, finishing 0.147 of a second ahead of Bottas.

The only blemish on Mercedes’ opening free practice session was a concern regarding Bottas’ car, which was suffering from a loss of fuel pressure in the final moments of the session.

Ferrari’s Charles Leclerc was nearest to the Mercedes, albeit just under one second off the pace, ahead of Red Bull Racing’s Max Verstappen and the second Ferrari of Sebastian Vettel, who had a harmless spin part-way through the session.

In tricky, low-grip conditions, there was a spin for Haas’ Romain Grosjean, and off-track excursions for the likes of Alexander Albon (Toro Rosso) and Pierre Gasly (Red Bull Racing).

Antonio Giovinazzi was the first driver to be properly caught out by the conditions and have a session-ending incident.

The Alfa Romeo driver was tackling turns eight and nine when he lost the rear-end of the car at the exit of the chicane, spinning 180 degrees and tagging the wall with the left-rear of his car. He stopped on track with damaged suspension and rear wing, bringing out a virtual safety car.

Nicholas Latifi was the only reserve/development driver taking part in FP1, taking Robert Kubica’s seat at Williams. He finished at the foot of the timing screens, but only a couple of tenths away from his temporary team-mate George Russell.