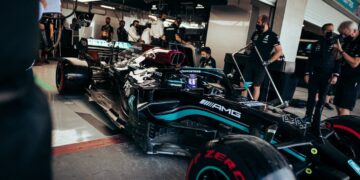 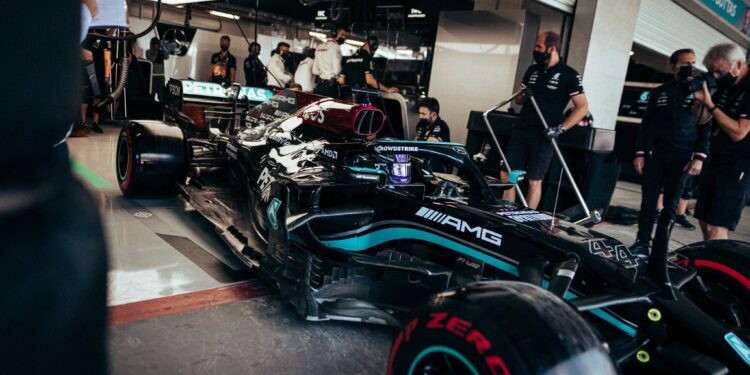 Mexican Grand Prix – Mercedes driver Lewis Hamilton has been reprimanded for his track limits infractions during free practice one for the Mexican GP.

Opening practice of the Mexican GP at the Autodromo Hermanos Rodriguez was marred by drivers struggling in the dusty condition with many drivers falling fowl of the lower grip.

During the first few minutes, Hamilton mistimed his braking and ran straight on at Turn 1 exclaiming over the radio that he “couldn’t slow down”.

Hamilton was summoned to the stewards at the end of the session and the hearing resulted in a reprimand for the Mercedes driver.

The stewards notes on the matter read: “Car 44 left the track on the left hand-side between Turns 1 and 2 and re-joined the track between Turns 2 and 3, rather than re-joining by driving to the left-hand side of the bollard at Turn 3.”

“Whilst noting the driver’s comments in relation to track conditions and his attempt to steer to the left after leaving the track, the Stewards consider this to be a failure to follow the Race Director’s instruction given in article 21.1a) of the Race Director’s Event Notes.”

Alfa Romeo’s Kimi Raikkonen also received a reprimand for rejoining the track before Turn 2 and not taking the escape road.