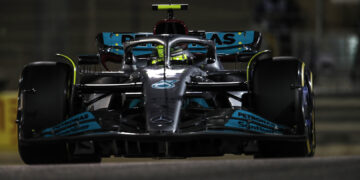 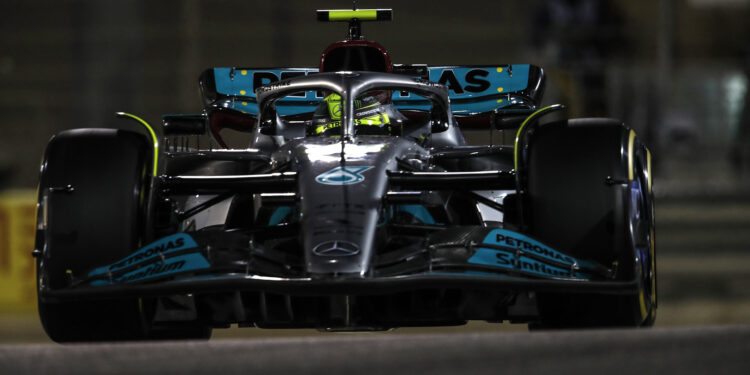 Bahrain Grand Prix – Lewis Hamilton is relatively pleased with his qualifying performance given how Mercedes have been struggling so far.

In their worst team qualifying performance since the unpredictable conditions in Turkey 2020, Mercedes will be starting the 2022 season from P5 and P9 as they haven’t yet managed to solve all their issues with the W13.

“I’m not saying I’m relieved [but] I’m generally really happy today,” Hamilton said. “Given where we’ve been the last few weeks, the struggles that we’ve had, the problems that we’ve had with the car; it’s been a bit of a nightmare to drive. I had a pretty decent lap in the end, maybe there was a tenth left but it wouldn’t have made a difference to my position.”

The seven-time world champion says that given how long the season is set to be, there’s no point in being disheartened at this stage, and he has faith that his Mercedes team will figure out the problems and get them back in the fight.

“I know it’s a long, long season so it’s easy to get down when you know that you can’t compete for wins but [I’m] just proud of the team. Proud of us all keeping our heads down. I know that this is the best team and we will huddle together, unite, and fix whatever problems that we have and be back in the fight with these guys.”

Hamilton will be trying his best to improve during the Grand Prix but admits that, for now, Ferrari and Red Bull are probably not who he will be battling with.

“Those guys ahead of us are just in another league, so I’m generally happy with where we are. It’s not the front row but we’ll make improvements and do the best we can tomorrow.

“They were a second ahead of us yesterday through race pace, so my battles are with the guys behind, most likely, but of course, I’ll try to be as fast as I can and get ahead. But as I said, their performance is quite ahead of ours.”

In his first weekend as a full-time driver for the Mercedes team, George Russell’s qualifying did not go as well as he had been hoping for. The British driver had been doing similar lap times to his teammate in the first two parts of qualifying, but was hoping a change to his out lap would give him more performance in Q3. Unfortunately, changing things up was not the solution he was hoping for and he ended the session a second off Hamilton’s time.

“I think the third row was a minimum,” said Russell. “But we’re not here to accept the third row, and I had one shot and I wanted to try something different. I wanted to try a much harder out lap to see if that changed the feeling of the car to give us a shot to fight for the second row or the front row.

“But clearly it didn’t and it was totally the opposite. Obviously I’m disappointed with myself to have made that error and obviously lining up ninth is far from my expectations, but that’s how the game goes and the race is tomorrow.”