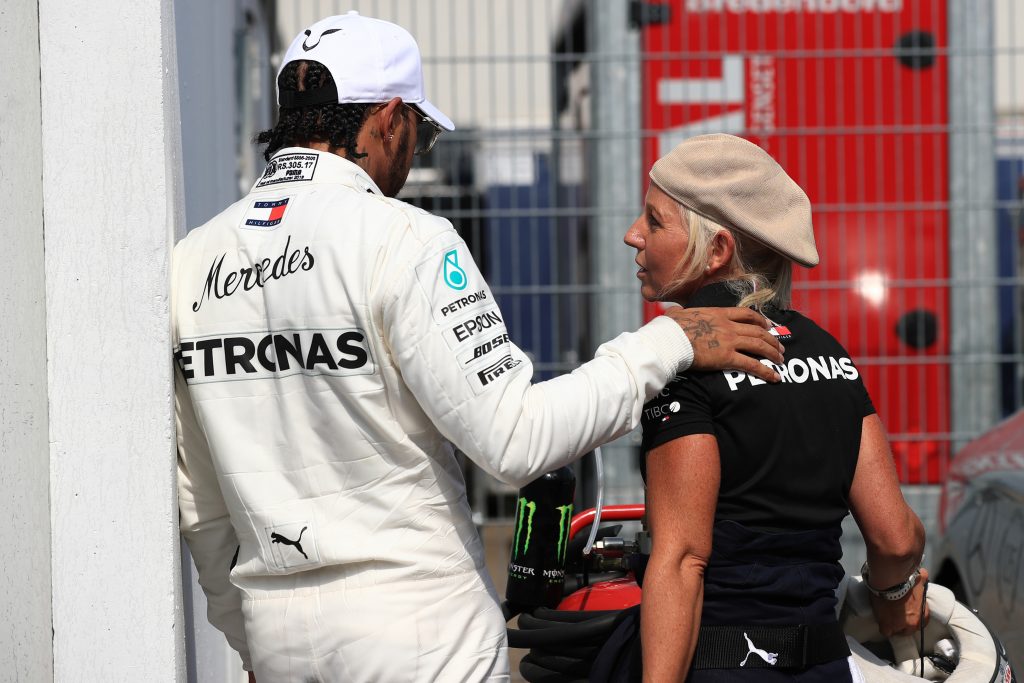 Hamilton: Hard to perform when you’re not 100%

Hamilton: Hard to perform when you’re not 100%

German Grand Prix – Mercedes’ Lewis Hamilton says illness played a part in his disastrous race at Hockenheim, and vowed to fight back in Hungary.

Lewis Hamilton led the first half of the race in Germany, having taken pole position on Saturday. The Mercedes driver’s race began to unravel on Lap 29 when, having just pitted for Soft tyres, he made an error coming through the stadium section and went off the track. Hitting the barriers, he damaged his car and needed to dive into the pits for fresh Intermediates and repairs. In doing so, he failed to go around the pitlane entry bollard correctly and was given a further five second time penalty.

Serving that penalty on Lap 47 along with a switch back to Intermediates, Hamilton would spin off again at Turn 1 in the closing stages as he struggled for grip and eventually wound up in P11 at the chequered flag. He was promoted to P9 after the race due to time penalties being handed out to the Alfa Romeo drivers.

Hamilton had been under the weather with an illness all weekend, struggling with a rumoured virus that he wasn’t able to shake off in time for the race. He said that this did play a role in his performance over the weekend: “This weekend, [I’ve] never felt so sick and it has been the hardest race weekend of my life. Really does highlight just how precious health is. But, like so many people who are ill, hospitalised and going through a tough time that I have had the honour of meeting, you inspired me to push through this weekend. Even with the fighting spirit, I was faced with an even steeper challenge with the rain and one defining moment that lose me the race. I’m not going to lie, it hurts like hell but days like are sent to test us and we learn from it and move on.”

“This has been one of the most difficult races we’ve had as a team for a long time.” Hamilton continued. I thought I had the race under control, but we took a risk going out on slicks and the race fell apart from there. I went wide at Turn 16 and it was like ice out there, then hit the wall and damaged my wing. I made a mistake and paid the price.”

“I was in the lead and then finished P11. I’m not even sure how, but that’s very painful and I’m just glad it’s over. It’s hard to perform when you’re not at 100 per cent. I need to make sure I’m fit and healthy again in time for the next race. You live and you learn from days like this. I’m going home to try and sleep this off and come back stronger next weekend.”