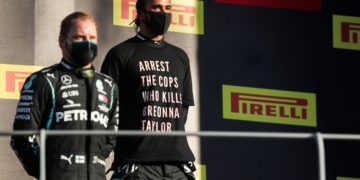 Hamilton in a daze after “three races in one day”

Hamilton in a daze after “three races in one day” 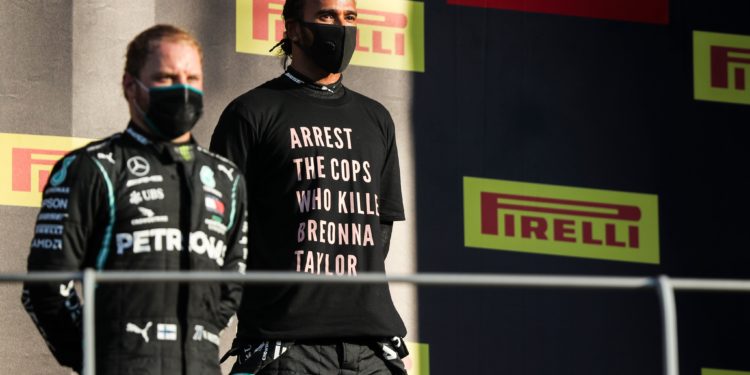 Tuscan Grand Prix – Lewis Hamilton won his 90th Grand Prix after an “incredibly tough” day of racing in the heat at Mugello.

Hamilton lined up on pole but didn’t have as good a launch as his teammate so fell back to second. After the first two safety cars and the red flag, Hamilton got to have another go at starting from the grid and the second time was better for the Brit as he retook the lead and held it through the second red flag restart to take the win.

“It was all a bit of a daze,” said Hamilton. “It was like three races in one day. Just incredibly tough. Keeping Valtteri behind, who’s been quick all weekend, was not easy and obviously I was behind him at the beginning. All those restarts, the total focus that’s needed during that time it was really, really hard.”

Hamilton said the toughest elements of the race were the heat and balancing his tyres when holding Bottas back at the end. “Obviously the heat. I think the first stint I was fine managing my tyres, I didn’t really need to stop, it was just they were worried because Valtteri had a problem.

“The last [restart] started on the soft, which was a used tyre, and not knowing how far that was going to go. Valtteri appeared out of nowhere and he was on it. There were times when I was looking after the tyres and all of a sudden he’d close up. So keeping that over one second gap, as this is a long, long straight, and I didn’t want him to have the DRS.”

This afternoon’s victory marked Hamilton’s 90th Formula 1 win leaving him only one away from equalling Michael Schumacher’s record of 91. Unless something dramatically changes, we will be seeing Hamilton break and start creating a new record of his own in the new few races.

Hamilton finished off his post-race interview saying “My heart is definitely racing, it’s crazy to be here and have 90 Grand Prixs but, justice for Breonna Taylor”. At the pre-race End Racism demonstration as well as for his interview and the podium ceremony, Hamilton donned a new t-shirt with “Arrest the cops who killed Breonna Taylor” printed on the front and “Say her name” and a photograph of Ms Taylor on the back.