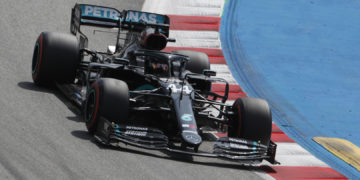 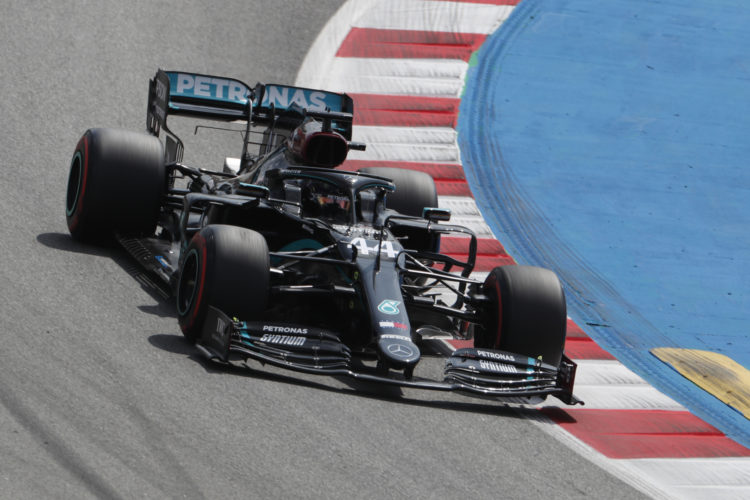 Spanish Grand Prix – Lewis Hamilton has seized the initiative by going quickest in second practice in Barcelona, ahead of Valtteri Bottas.

Lewis Hamilton has led the way in second practice at the Circuit de Barcelona-Catalunya, taking over from the position Valtteri Bottas took in first practice during the morning.

Hamilton set a 1:16.883 on the Soft tyres during the blisteringly hot afternoon session, which was a quarter of a second clear of what Bottas could manage on the same tyre. These times were some 0.4 quicker than what the pair managed in FP2 in 2019.

Max Verstappen finished P3 for Red Bull Racing, 0.8 seconds away from what Hamilton achieved. Daniel Ricciardo was P4 after a tremendous lap in his Renault. He was just under 0.2 behind Verstappen, and over 0.2 clear in front of Haas’ Romain Grosjean. After a strong morning session for the American team, Grosjean highlighted their improved pace by placing in P5, ahead of the works Ferrari of Charles Leclerc by 0.014 seconds.

Carlos Sainz finished in P7, an uptick in performance after some tough races in the UK, with McLaren giving him a fresh chassis for this weekend.

Sergio Perez finished his first day back after recovering from the coronavirus by placing P8 for Racing Point, just under a tenth behind Sainz. Esteban Ocon finished P9 for Renault, with Pierre Gasly P10 for Alpha Tauri.

Lance Stroll finished P11 for Racing Point, while Sebastian Vettel finished P12 in his Ferrari – almost 0.3 away from what Charles Leclerc did on the same tyre.

Alex Albon was P13 for Red Bull Racing, while Lando Norris was P14 for McLaren. Daniil Kvyat finished P15 for Alpha Tauri, while Kevin Magnussen was P16 for Haas.

Kimi Raikkonen won the intra-Alfa Romeo battle by finishing in P17, just 0.064 clear of Antonio Giovinazzi. Nicholas Latifi was P19 for Williams, with George Russell in P20 with the English driver complaining of a lack of grip throughout the session.