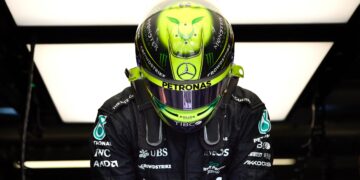 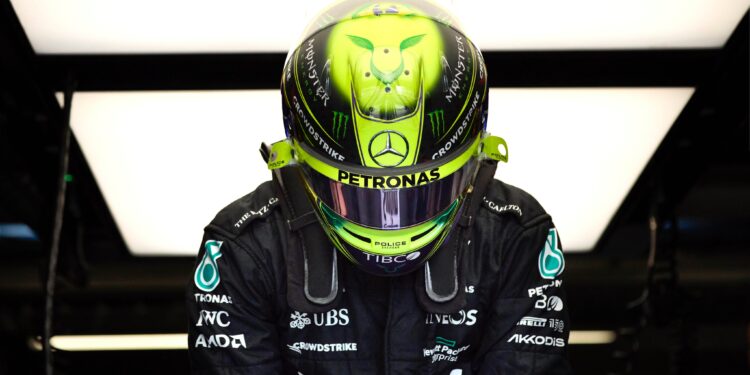 Abu Dhabi Grand Prix – Lewis Hamilton topped the times, a couple of tenths ahead of his teammate and Charles Leclerc in the sunny opening practice.

Felipe Drugovitch, this season’s F2 champion, was the first to take to the track as he gave Lance Stroll a lazy start to the day by taking over his car for the opening practice. Stroll wasn’t the only full-time driver with the opportunity to sleep in today, ideal for them after all the drivers were out for dinner last night to celebrate Sebastian Vettel, as there were eight young or reserve drivers taking over cars for FP1.

Aside from Drugovitch in the Aston Martin, Liam Lawson was in Max Verstappen’s car, Robert Shwartzman replacing Carlos Sainz, Jack Doohan was in Fernando Alonso’s machine, while Robert Kubica, Alfa Romeo’s reserve once again in the car, this time in Zhou Guanyu’s.

Logan Sargeant was once again in the Williams to help him with his super licence points haul, this time taking Nicholas Latifi’s car at the Canadian’s final race. Pietro Fittipaldi was also in for a departing driver, taking over Mick Schumacher’s Haas, while Pato O’Ward was in Lando Norris’ car but the Mexican reported something wrong on his out lap and was told to keep it in second gear and return to the pits.

George Russell was the one to put the opening lap on the timesheets, a 1:30.832 for the new Grand Prix winner. However after ten minutes it was Charles Leclerc’s 1:28.724 which was at the top while there were five drivers without a representative time or even any time posted.

Just before the half-way point, right after Drugovitch had a slight lock up at T1, there was a big spin for Sargeant, the young American lost the rear of his Williams under braking which sent him spinning into the runoff but he just managed to stop the car before his front wing touched the barriers. He was able to reverse out but had to cautiously head to the pits as all his tyres had been flat spotted in the incident.

At that point Sergio Perez was at the top of the times with a 1:27.853 with Leclerc behind him but a few minutes later it was Alex Albon in the other Williams who took over, jumping up to set a time just 0.013 seconds faster than the Red Bull driver.

Just inside the final fifteen minutes the Mercedes drivers finally showed their pace around the track with Lewis Hamilton taking over in P1 with a 1:26.633 and was soon joined by Russell who was a couple of tenths slower than his teammate and that’s where the two remained for the rest of the session.

Leclerc was a few hundredths slower than Russell while the two Red Bulls of Perez and Lawson slotted into P4 and P5. Vettel was P6 with a 1:27.268, ahead of Schwartzman and Daniel Ricciardo while the top ten was rounded out by Valtteri Bottas and Albon.

Kubica ended in P14 with a 1:28.064 ahead of Sargeant, who did manage to complete the required 100km to pick up yet another point for his super licence, while Fittipaldi was P17, less than a tenth off Kevin Magnussen in the other Haas. After his first lap issues, O’Ward did manage to get back on track and complete 22 laps, the best of which saw him end in P18. Alpine’s Doohan was P19 while Drugovitch was slowest with a 1:28.672.

Seb is here with his Dad 😊

His final FP1 session is coming up… #AbuDhabiGP #F1 pic.twitter.com/kkW48CgeR4