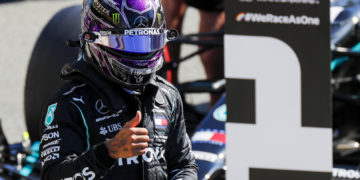 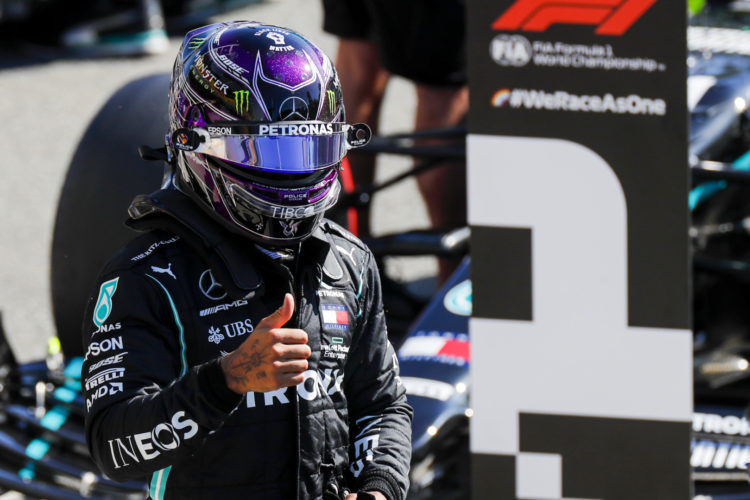 Italian Grand Prix – After recording his 94th F1 pole, Lewis Hamilton thanked his team for ensuring he had clear track during his qualifying runs.

“Fantastic performance from the team today,” Hamilton said immediately following the session. “I think just in terms of timing, when they put us out on track, it wasn’t the easiest. You saw how close it is between us all, so it really demanded a clean lap and I think I got that on both. I’m generally really happy with the actual laps I did and Valtteri [Bottas] was very, very close.”

Setting a 1:18.887 on his final run, Hamilton took pole ahead of his teammate by just under seven hundredths of a second, meaning Mercedes have their first front row lock out at Monza since Hamilton and Nico Rosberg managed it in 2016.

Speaking of the track conditions and the challenges of the Monza circuit, Hamilton said that “Today, with the temperatures, there’s quite a lot of grip out there. The speeds we’re going through the Lesmos is pretty awesome and so you are moving around when you get to the low speed sections at turn 1, 2 and 4, 5 it’s definitely a little bit tricky there.

“The rest of it you’re kind of just trying to gauge just how much you try to attack, keep your minimum speed up, and make sure you get the exits because you have these long straights, so it’s trying to find the balance which is not so easy.”