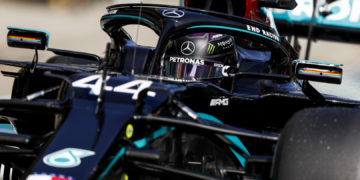 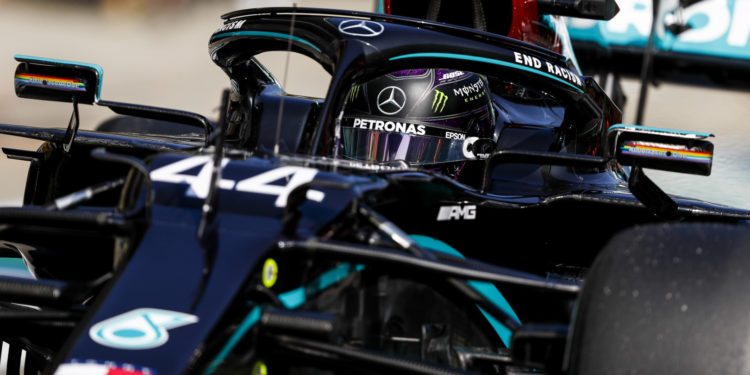 Russian Grand Prix – Lewis Hamilton had to fight his way back through the field after being handed time penalties at the start of the race.

Heading into the race, Hamilton knew he was facing a tough day. Having to start the race with the less favoured soft compound tyre and also attempt to hold his position while giving the slipstream advantage to his competitors behind.

The championship leader ended up under investigation before the Grand Prix even started when the stewards took an interest in his practice starts. The Mercedes driver twice pulled to the side of the pit exit, well past the Race Director’s designated area for practice starts, while doing his reconnaissance laps before heading to the grid.

The investigation was still ongoing as the race got underway and, as Hamilton had expected, Valtteri Bottas got the initial advantage from the tow to jump from third to briefly take the lead. Hamilton retook the place quickly and further attempts on his lead were halted by the appearance of the safety car to clear Lance Stroll’s Racing Point and Carlos Sainz’ McLaren off the track.

As the race returned to green flag racing, it was announced that Hamilton was handed two five second time penalties. The Brit was not impressed when informed by his team saying “That’s bullshit. Where’s that in the rule book?” after serving the ten second penalties during his pitstop Hamilton called it “ridiculous” and was not happy over the radio for the rest of the race.

The Mercedes driver rejoined the track in P11, just behind the Ferrari of Sebastian Vettel. The Ferrari was quickly dispatched and with the cars ahead pitting, Hamilton found himself back on the podium but couldn’t challenge for second or for the race win which would have seen him equal Michael Schumacher’s record of 91 race victories.

In the post-race interview, Hamilton wouldn’t be drawn into discussing the matter only saying “Not the greatest day but it is what it is. It doesn’t matter, it’s done now.”

Along with the time penalties, the stewards handed Hamilton two more penalty points which brings his total to ten, meaning that the Mercedes driver will have to be very careful from now on as he’s only two points away from being handed a race ban.

A look back at the time penalties incurred by polesitter Lewis Hamilton before lights out – which ended up changing the complexion of the Russian Grand Prix#RussianGP 🇷🇺 #F1 pic.twitter.com/3EZ43De2UB