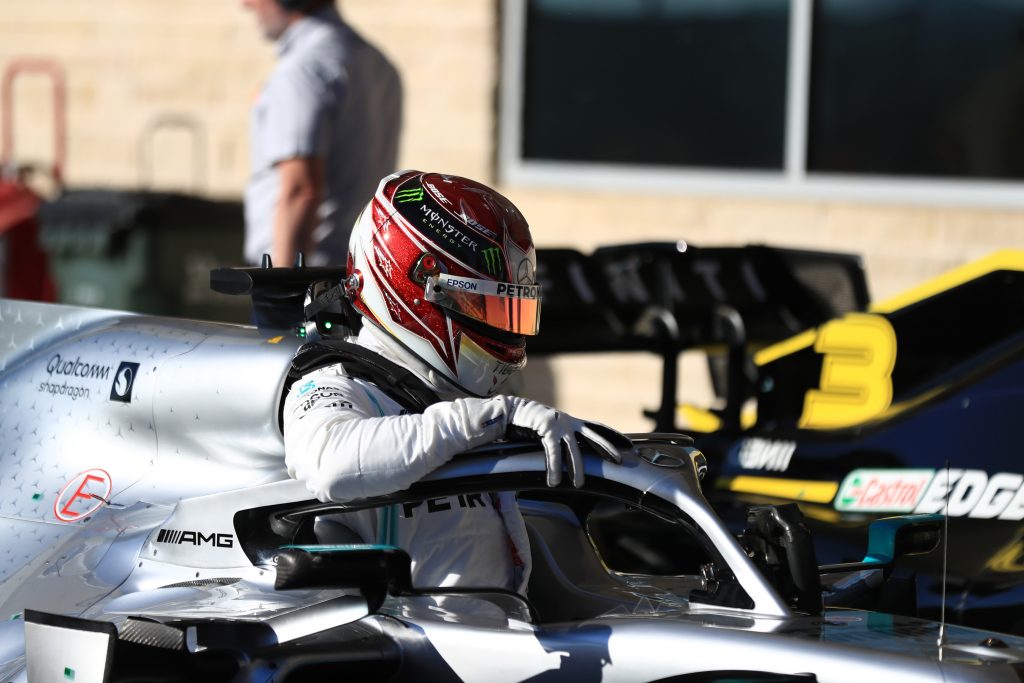 The Mercedes driver provisionally drops to seventh place in Brazilian Grand Prix after the stewards judged his late-race attempted overtake on Albon to be illegal.

In the closing stages of the race, the Briton pitted for a fresh set of soft tyres during the final safety car period, which dropped him down behind Max Verstappen, Albon and Pierre Gasly when the race resumed with a couple of laps to go.

With Hamilton passing Gasly swiftly, he then attempted to take second place from Albon at turn eight. The pair came together and Albon was sent spinning and down the order.

Hamilton finished third on the road behind Verstappen and Gasly, but his additional five-second time penalty puts him provisionally down to seventh place and giving Sainz his first Formula 1 podium.

The stewards have several other incidents to investigate, including several cases of possibly illegal DRS usage. Carlos Sainz is one driver being investigated, and the McLaren will await confirmation of any penalty decision form the stewards.

After the race, Hamilton apologised for the late-race collision between himself and Red Bull’s Alex Albon as the pair battled for P2.

“I massively apologise to [Alex] Albon, I went for a move where the gap was there, but then obviously it closed right at the end. It was completely my fault,” said Hamilton.

Speaking about his race-long battle with Max Verstappen, Hamilton added:

“Max did a great job today, they [Red Bull] just out-classed us on overall performance. We could keep up with them on the straights, but honestly I raced my heart out, I left nothing on the table and took a lot of risks today as you saw.

“We threw everything including the sink at them. We could keep up with them in the corners, and they were out-shining us on the straights and therefore there was nothing we could do.”