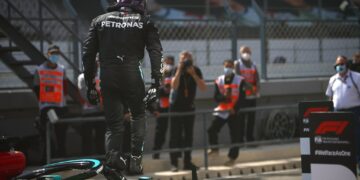 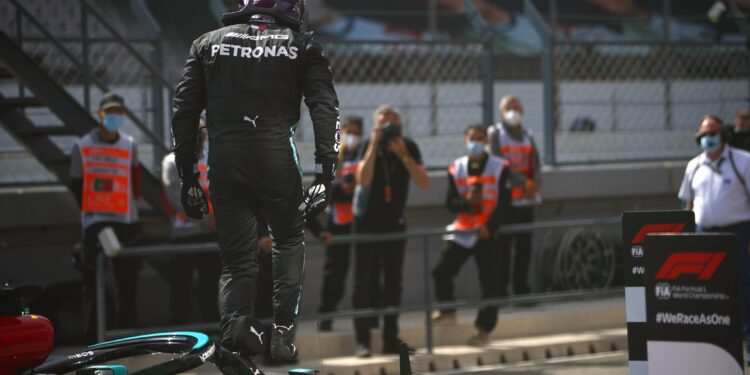 Despite suffering from grip issues with his tyres, the Mercedes driver took his 97th career win in Portugal and bested his teammate who started on pole.

The reigning World Champion started second on the grid, but was overtaken by Red Bull driver and main Championship rival Max Verstappen at the Safety Car restart. The Briton was a little slow off the final corner and Verstappen pounced to take second place from Hamilton.

“That was such a tough race physically and mentally,” said Hamilton after the race. “I didn’t get quite as good a start as Valtteri and then lost out at the restart which was not good. I really had to position myself as best I could after that.”

Hamilton then made an almost carbon copy move on Verstappen after the Red Bull driver made a mistake. This allowed Hamilton through and then on to take the lead of the race from his teammate. The 36-year-old believes the Verstappens mistake was ‘perfect’ and allowed him to mount a challenge.

“Max made a mistake at some point which was perfect and I knew that was going to be the lap where I could be as close as I could in the last sector.

“With Valtteri, I had to make the move early on before the tyres were destroyed, and I managed to just get in front at turn one. It was right on the limit and great racing.”