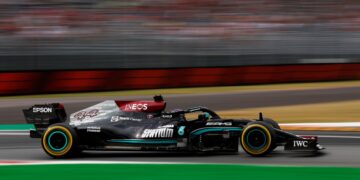 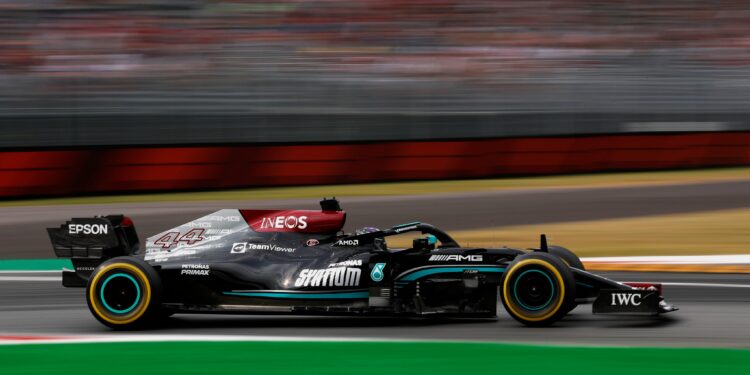 The drivers had their final practice session of the weekend ahead of the sprint later on Saturday, and the Grand Prix on Sunday. With the teams having already qualified for the sprint, drivers concentrated on longer runs in order to get some all-important running in for the Grand Prix.

The red flags were brought out at the half-way point to deal with Carlos Sainz’s Ferrari who had a huge shunt at the Ascari chicane. The Spaniard sounded winded over the radio, and was ok but was sent to the medical centre for checks. The Ferrari driver lost the rear end in the middle of the corner and hit front-on into the barrier and damaged the front end of his SF21.

The session resumed with 20 minutes to go and the track quickly got busy with drivers trying to make the most of the remaining running.

Sergio Perez in the other Red Bull was fourth ahead of Alpine’s Esteban Ocon. Alfa Romeo stand-in Robert Kubica was ahead of his teammate Antonio Giovinazzi in seventh.

Alpine’s Fernando Alonso set the eighth fastest time ahead of Pierre Gasly who put his AlphaTauri in ninth. Lando Norris in the McLaren rounded out the top ten.

Sainz was unable to set a time after crashing out of the session and finished at the bottom of the standings.