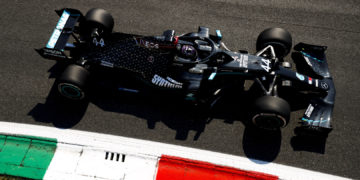 Hamilton quickest in second practice ahead of Bottas

Hamilton quickest in second practice ahead of Bottas 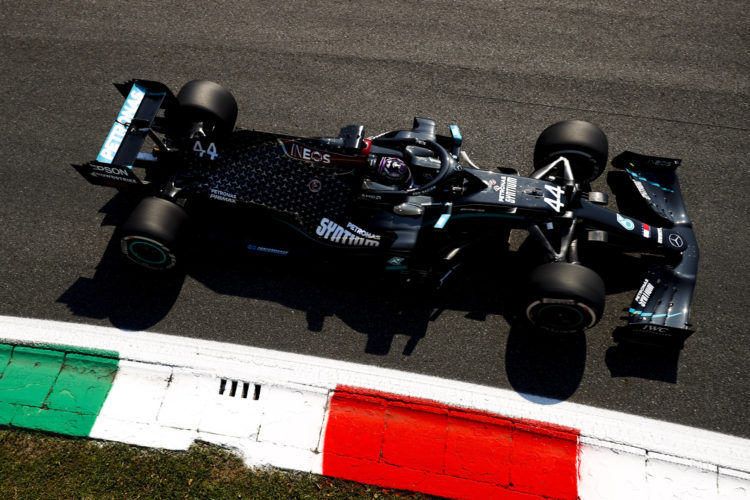 Lewis Hamilton has led the way in second practice at Monza, taking over at the top after Valtteri Bottas headed the times in the morning.

Hamilton set a 1:20.192 on the Soft compound tyre to go a quarter of a second clear of Bottas as the drivers engaged in a slipstream battle for single-lap pace halfway through the session. In scenes reminiscent of last year’s chaotic qualifying session, almost the entire field went nose to tail down the back straight in an attempt to be behind another car for the slipstream for the fastest possible lap.

Lando Norris finished P3 after a late flying lap on the Softs. The McLaren driver had spend a large chunk of the session in the garage as McLaren worked on a technical issue on his MCL35 but he recovered well to vault up the timing sheets.

Pierre Gasly was P4 with another very strong session for Alpha Tauri, apparently the quickest Italian team on home soil this weekend. Gasly finished just under a second away from Hamilton’s time, but ended the session back in the garage with a problem as he radioed in that the rear of his car felt strange.

Red Bull’s Max Verstappen had a quiet session, wrapping up in P5 and a second away from the front. He had his best time deleted for exceeding track limits at Parabolica, with the Dutch driver ending up a tenth clear of McLaren’s Carlos Sainz in P6. Daniil Kvyat was a further half tenth behind in P7 in the second Alpha Tauri.

Lance Stroll finished P8 for Racing Point, just ahead of Charles Leclerc’s Ferrari. The Monegasque driver reported handling difficulties with his SF1000 and was lucky not to crash when he suffered a snap of oversteer going through the first Lesmo. Teammate Sebastian Vettel had a similar snap, but lost the rear and spun off. He avoided hitting the barriers and was able to continue. Vettel finished in P12 and had his best time deleted for exceeding track limits at Parabolica.

Daniel Ricciardo also had his best time deleted, with the Renault driver finishing down in P15 as a result.

Sergio Perez finished in P10 for Racing Point, with Esteban Ocon in P11 for Renault.

Antonio Giovinazzi was P13 for Alfa Romeo, while Alex Albon finished P14 having also had his best time deleted.

Kevin Magnussen was P16 for Haas as he got back out on track after engine cooling problems in the morning, ahead of Kimi Raikkonen’s Alfa in P17.

Romain Grosjean finished P18 for Haas, with the Williams drivers Nicholas Latifi and George Russell in the bottom two positions.