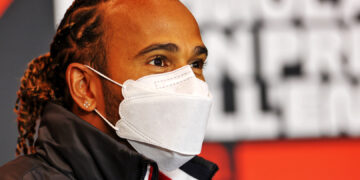 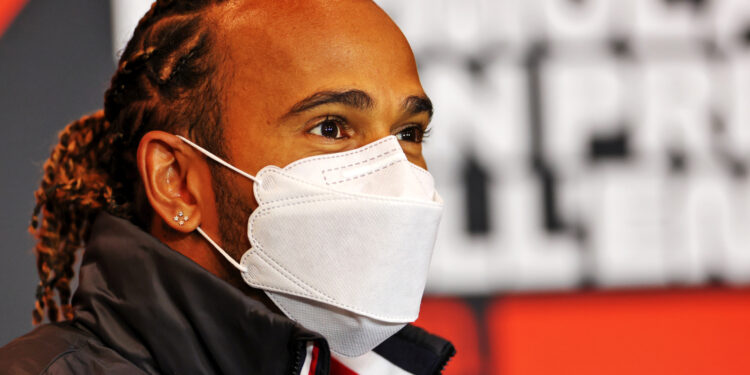 After not setting the pace in any of the free practice sessions or the earlier parts of qualifying, Hamilton put the time in when it was most needed to seal the pole for tomorrow’s race by just over three hundredths from Sergio Perez’ Red Bull with Max Verstappen only another five hundredths further back.

“I’m just so happy,” said Hamilton afterwards. “Because the first lap was really nice, really clean. There were some improvements on the second lap but it wasn’t quite as good as the first one, so I’m really grateful I came round the last corner and heard that I got the pole.”

Today’s qualifying result puts the Brit on an almost unbelievable 99 pole positions, though it’s one of the ones Hamilton certainly wasn’t expecting.

“Day’s been great, obviously. I definitely didn’t expect us to be ahead of two Red Bulls, they’ve been so quick this weekend, there were times where they were six tenths ahead we didn’t really know where we’d be.

“But the car was already feeling a lot better from the beginning this weekend so mad respect to the team for the hard work to really narrow down the window.”

The Mercedes driver was audibly relieved and delighted over team radio when his race engineer told him the result, though hearing how small the gap was he said “Wow. That’s definitely too close for my liking.” Before deciding to embrace the current order of things and look forward to the challenge that will be tomorrow’s race.