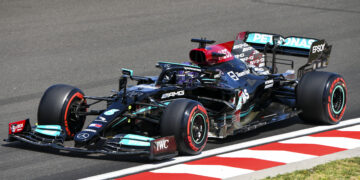 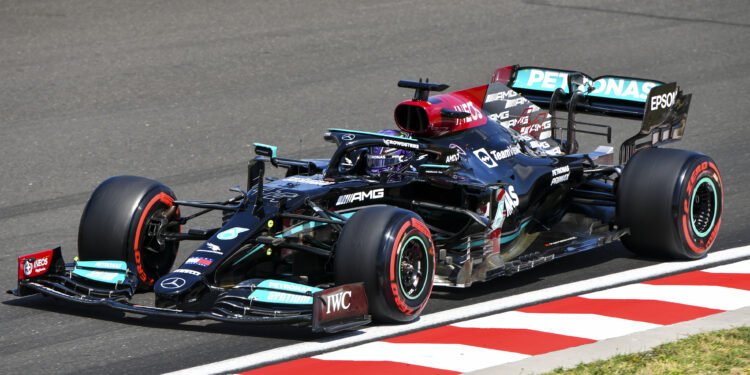 Bottas had the measure of both Verstappen and Hamilton in the first half of the session, but when the qualifying simulations started, the two championship contenders laid down their markers ahead of qualifying later on Saturday.

The red flags were brought out for Haas driver Mick Schumacher who crashed into the barriers at Turn 11. The German lost it over the kerbs and hit the barriers side on damaging the left side of the car. It will be quite a task for the American outfit to get that car ready for qualifying later on Saturday.

The session resumed with nine minutes to go which saw a flurry of activity on track for drivers to get in the last of their qualifying simulations. There was an odd situation in the pitlane when Alfa Romeo’s Antonio Giovinazzi left his garage as Aston Martin’s Lance Stroll was travelling down the pitlane. Giovinazzi did touch Stroll’s right rear and the incident will be investigated after the session.

Ferrari look to be strong with Carlos Sainz and Charles Leclerc fourth and fifth respectively separated by just 0.023s.

McLaren are a little further down the road with Lando Norris setting the sixth fastest time ahead of his teammate Daniel Ricciardo in eighth. Sergio Perez in the sister Red Bull was sandwiched between the two in seventh place.

Pierre Gasly would have gone faster for AlphaTauri, but had one of his laps compromised by Giovinazzi who was going slow in the last series of corners. The Frenchman set the 11th fastest time and the incident will be investigated after the session.

Esteban Ocon in the sister Alpine was down in 12th, ahead of Sebastian Vettel in the Aston Martin. Yuki Tsunoda set the 14th fastest time with the Japanese driver recovering from a crash on Friday.

Kimi Raikkonen for Alfa Romeo set the 15th fastest time ahead of the Williams duo of George Russell and Nicholas Latifi. Giovinazzi was 18th ahead of the two Haas drivers of Mick Schumacher and Nikita Mazepin.