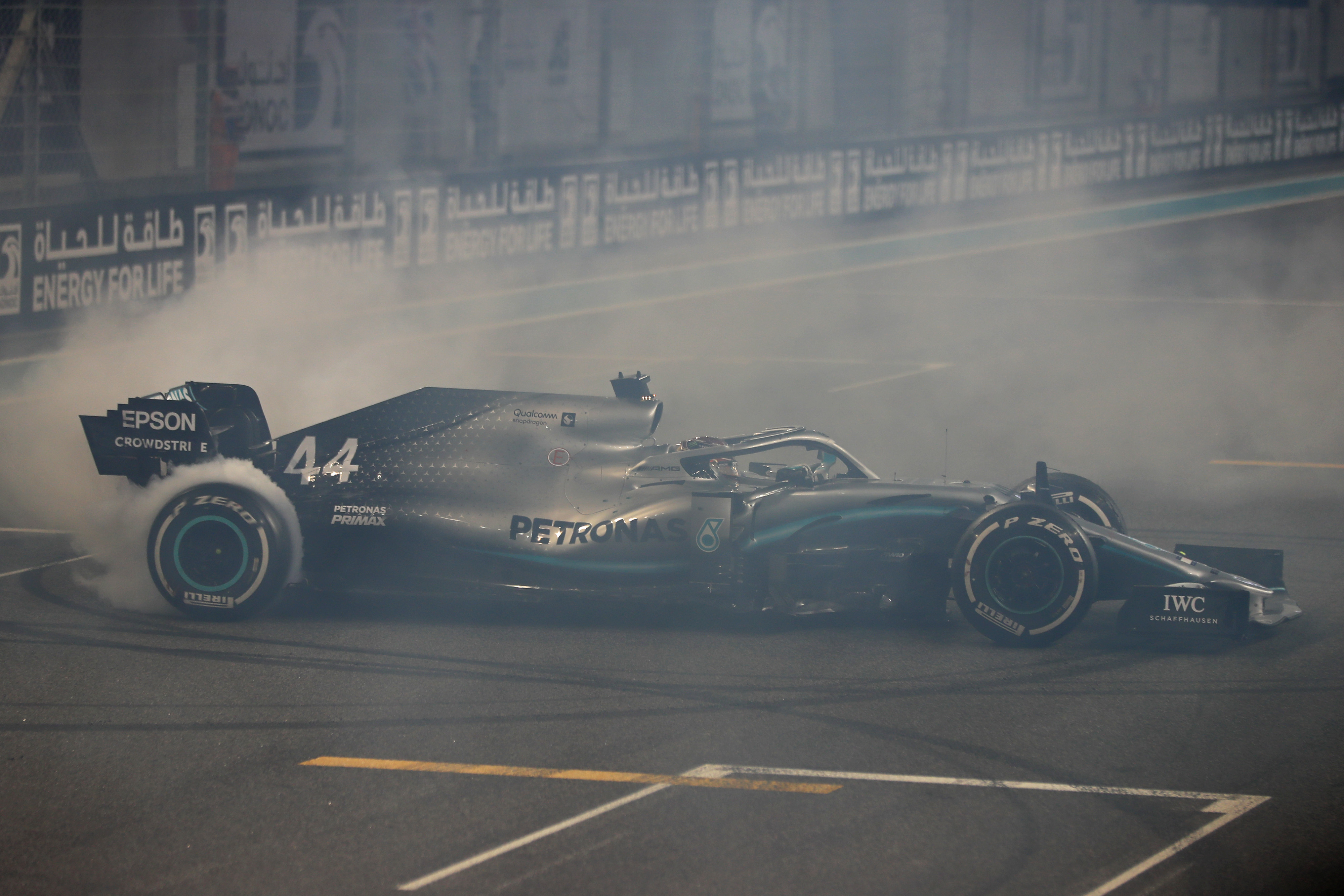 Hamilton surprised by extent of dominance in Abu Dhabi

Hamilton surprised by extent of dominance in Abu Dhabi

Abu Dhabi Grand Prix – Mercedes’ Lewis Hamilton says he wasn’t expecting to enjoy the advantage he had over the field during the Yas Marina weekend.

Lewis Hamilton was simply untouchable throughout the important parts of the Abu Dhabi Grand Prix. Having looked a little off-colour in Friday practice, Hamilton responded on Saturday morning to come back and claim a comfortable pole position over Red Bull’s Max Verstappen.

In the race, Hamilton went unchallenged into the first corner and, from there, simply never looked back. Easing his lead out in the first stint of the race, his one stop strategy resulted in a very straightforward sprint to the chequered flag. Claiming fastest lap along the way, Hamilton claimed the maximum 26 points and the grand chelem of pole position, fastest lap and race victory.

Speaking afterwards, Hamilton says it was an unexpectedly large advantage to enjoy, having usually had to fight hard for victories in 2019: “I definitely wasn’t expecting to have the pace advantage to that extent. Our long run pace was quite good and I was told that we might be a tenth or two ahead but then in the race we had a bit more of an advantage in that respect.”

And once I got out in the clear I was able to manage my pace pretty well in that first stint and manage the tyres. I just had to go as long, basically, as Max was going. Then we got onto that next set of tyres and for this track the tyre was good. The hard tyres is quite resilient to any abrasion and that. It goes a long, long way. I think it can do the whole race stint. I think towards the end of the race I was like ‘I want to have some… I’ve got to push and see if I can extract any more performance from the car’.”

Joking around with Max Verstappen, Hamilton said to him “I do wish that we had some battles. I saw on TV you guys [Verstappen & Leclerc) battling… to which Verstappen replied: “You could have slowed down!”

Having had to come back from what he said was a tricky Friday practice, Hamilton explained that he just hadn’t felt comfortable with his W10 and had to rely on his experience to get back on target: “It’s really just about… I don’t know, on Friday, I just had a bit of… I guess, maybe it was slightly erratic, just the balance of…sometimes you over-drive, you under-drive, just not comfortable with the balance of the car and not reacting, there wasn’t synergy between myself and the car.”

“But I would say more so perhaps from my personal side so I don’t know, it’s just about stepping back, taking a breather and kind of realigning your focus, realising what you need to do. As I said, get your heart under control and came back the next day, there was nothing erratic, smooth, calm and collected, so I had my own ways of doing that naturally but I think it’s just the experience over the years, understanding on some days, emotions are heightened and other days it’s more mellow and that was just one of those days.”