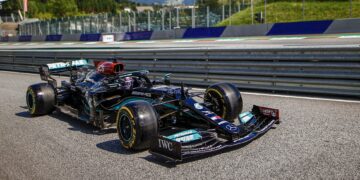 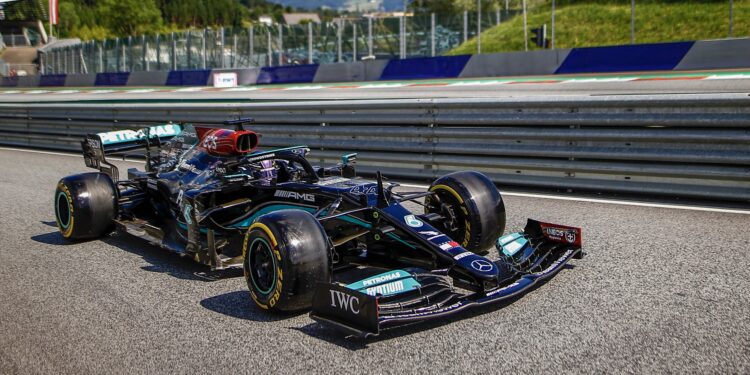 Austrian Grand Prix – Lewis Hamilton has downplayed any chance of victory and has said that he is surprised by McLaren’s pace.

Hamilton was able to keep up with Verstappen last weekend for the Styrian Grand Prix at the Red Bull Ring, but feels a win is even more difficult due to Norris and Perez out-qualifying him.

“It’s even more of a challenge than it was already last week and we continue to lack pace,” said Hamilton, speaking to Sky Sports.

“We tried everything to get more out of the car and it’s just the underlying pace. That is where we’re at the moment. So we’ve got to really find performance in the following races.

“I don’t know if McLaren have got an upgrade but they’re mega quick today, so great job from Lando and we’ve just got to try and improve.”

When asked whether he ruled out a win this weekend, Hamilton believes that Red Bull are just too far ahead to challenge.

“I would say so yeah, in terms of pure pace it’s definitely out of the question,” he said.

“Those guys firstly, I’ve got two cars to get by in front, and they’ve [Red Bull] got three tenths on us. I think they’ve improved that car again this weekend so I would say that that’s an easy cruise win for Max.

“I think for us is to try and see if we can get ahead of, at least Perez, and try to limit the damage this weekend.”

Hamilton express his surprise to see McLaren so far ahead explaining that his Mercedes has too much drag to get the most out of the engine.

“McLaren was definitely a surprise to see them so fast,” said Hamilton to Ziggo Sport, as quoted RacingNews365. “They’re incredibly fast in a straight line so it’s clear it’s not just – I think the engine must be fine for them. We’ve just got too much drag so got to improve.”