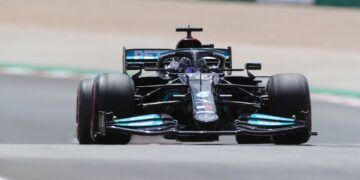 Hamilton surprised to be on front row for Portuguese GP

Hamilton surprised to be on front row for Portuguese GP 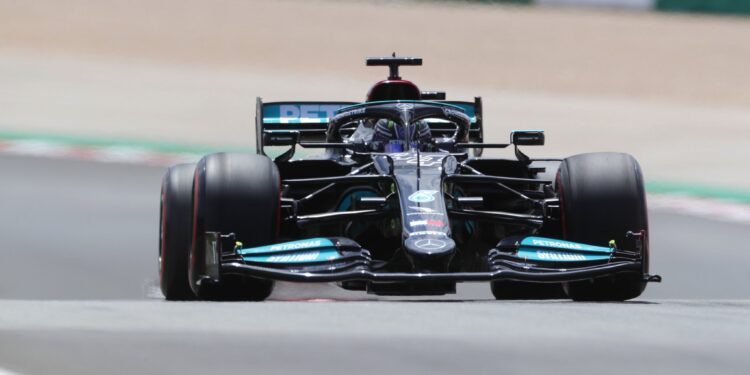 The Briton just missed out on a 100th pole position by 0.007s as his teammate Valtteri Bottas managed to improve on his final flying run. Hamilton was quick to praise his teammate but also expressed his surprise starting from second place.

“It was a great job by Valtteri and our team,” said Hamilton after qualifying. “I did not expect to be on the front row this weekend. We have to be happy with that.

“It was not the perfect lap but I gave it everything.”

Mercedes and Hamilton currently leads the Constructors and Drivers Championship, but their main rivals, Red Bull, has looked quick this weekend.

Max Verstappen was faster in final practice, and did set a laptime that was good enough for pole position. But his time was deleted for exceeding track limits at turn four. Hamilton isn’t resting on his laurels and is expecting a fight tomorrow, even though Mercedes set their faster times on the medium compound tyres.

“I don’t think we can ever be satisfied,” said the Briton. “What we exist to do is to continue to push forward but I’m definitely happy with the work we’ve been doing.”