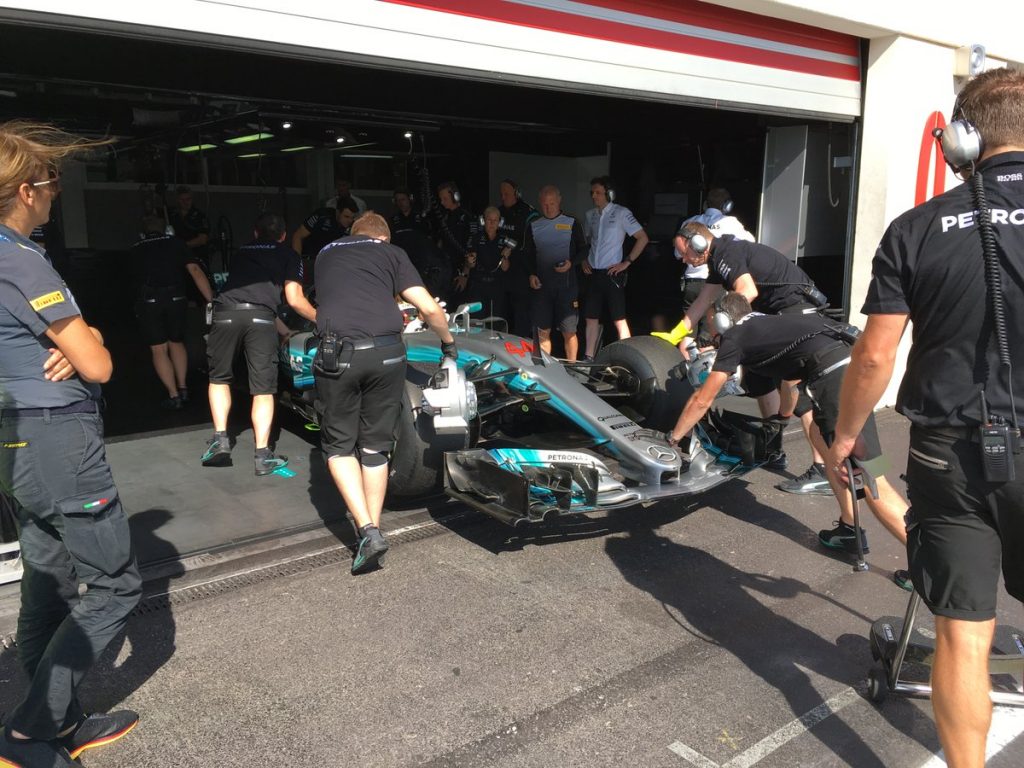 Mercedes’ Lewis Hamilton completed a day of extensive testing for Pirelli on a variety of potential compounds for the 2018 season.

The current championship leader completed 114 laps of the Paul Ricard circuit as part of Pirelli’s scheduled tyre tests for the 2018 season.

Hamilton -who volunteered for the test – trialled a variety of unmarked tyres in dry and warm test session. As part of the tyre testing regulations, neither team nor driver are given information on the tyres.

Whilst little information is provided by Pirelli, the tyre tests are still thought to be advantageous to attend. Throughout 2016, Ferrari’s Sebastian Vettel was frequently testing the new compounds.

Compared to Vettel, Hamilton did fewer tyre test sessions during 2016, when Pirelli were set to introduce wider tyres for the 2017 season.

It’s also an opportunity for Mercedes to test a car at the latest addition to a Formula One calendar, the Paul Circuit, which will join the schedule for 2018.

Mercedes will continue to test on Friday, with Valtteri Bottas taking over from Hamilton in the W07.

There are only two more in-season tyre tests remaining this season, which follow the Mexican and Brazilian Grands Prix.

114 laps completed by @LewisHamilton and @MercedesAMGF1 at @PaulRicardTrack today, testing 2018 tyres for us (1/2) pic.twitter.com/C9BTyxVIEY