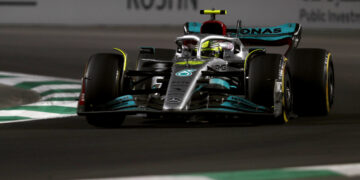 Hamilton to ‘give it everything’ in Jeddah after shock Q1 elimination

Hamilton to ‘give it everything’ in Jeddah after shock Q1 elimination 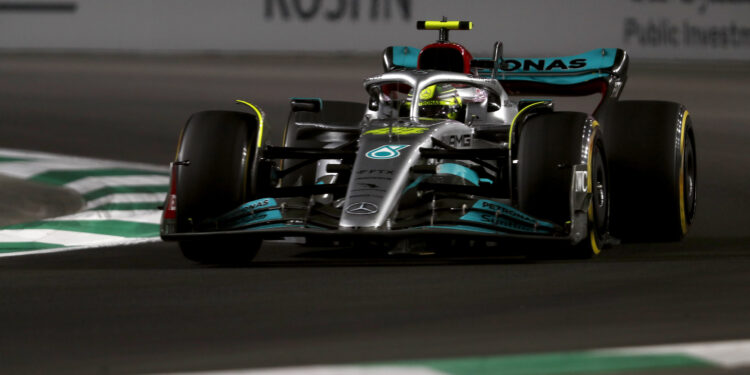 In December 2021, Lewis Hamilton qualified on pole for the inaugural Saudi Arabian Grand Prix. The next day after a thrilling and controversial battle with Max Verstappen, Hamilton won the race.

Hamilton said after qualifying that the car was “undriveable”:   “It was something in the set-up. It was looking good in P3, we tried to progress in a similar direction and maybe we went too far. And the car was just undriveable – I was so nervous.

Hamilton was realistic about his chances of how far he could move up the order during the race: “I’ve got the same car as I had in qualifying so I don’t anticipate moving that far forwards,” he continued. “But I’ll give it everything.”

It's P6 and P16 on the night for the team. There's still a long race ahead of us tomorrow and you know we'll be giving it everything. pic.twitter.com/jhY8NMsXQV

Teammate George Russell fared considerably better in qualifying, driving his W13 to 6th place on the grid for the race, splitting the Alpines of Ocon and Alonso.

Although a strong showing, Russell thought 5th place was within reach, calling the day “tough” for the Brackley marque: “P5 was definitely possible,” Russell said, “but it’s been a very tough day and weekend for the team.

Russell also elaborated on the team’s struggles to extract a workable set up for the car, stating the car had a narrow window of performance: “Really struggling to get the car in the window. We know what our issues are with porpoising.

We are doing everything we can to solve it but unfortunately, we are not making huge progress at the moment, everybody is working day and night to get on top of it.

Every day is a learning day, I am sure we have learnt something further from that qualifying session but unfortunately, it’s a championship and we want to be fighting further up.”