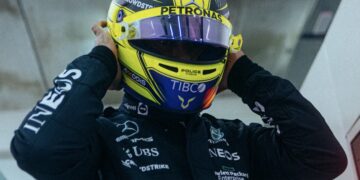 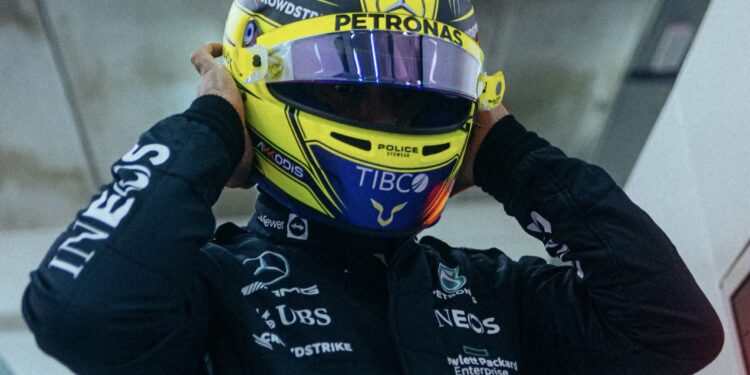 Emilia Romagna Grand Prix – Lewis Hamilton has said that all Mercedes can do is fight to improve the car rather than fight to defend their championship.

Of all the issues Mercedes are dealing with on their W13, the reliability hasn’t been in question which means that the German marque has been able to luck into two podiums so far this season when Red Bulls have had to retire, that means that Mercedes currently lie third in both championships.

That luck hasn’t been on show in Italy so far this weekend, with neither car making it through to the top ten shootout during qualifying on Friday and then neither improving their position during this afternoon’s Sprint.

The last Sprint that the series had, back in Sao Paulo last season, saw Hamilton breeze through the field from last to P5, this time however the seven-time champion lost positions at the start and while he was able to get back past Lance Stroll it was an overall loss and Hamilton will start the Grand Prix in P14, one place further back than he started the Sprint.

“I lost points…well I lost positions, so it wasn’t a rescue,” Hamilton told F1.com. “Unable to do that today, unfortunately. The car has felt like it’s felt all year, not that great.

“We’re faced with this issue, there’s nothing I can do. All I’ve been doing is trying to do the best job I can: some weekends it goes well, some weekends it doesn’t. We’re obviously not fighting for the championship, we’re fighting to get into the top 10 at the moment.”

The British driver said that the Mercedes team are all working hard and working together to try to understand and resolve the issues their cars are facing with the new regulations.

“The team have been through many, many bad years,” Hamilton told Sky Sports F1. “Most of the people that I’m working with have been with this team for twenty years. It wasn’t the greatest of years in 2013 but we’ve had great years since then and we stick together. We try to motivate everyone and this is the situation that we’re faced with but everyone’s got their heads down and everyone’s working as hard as they can.

“We’re obviously not fighting for this championship but we’re fighting to understand the car and improve and progress through the year. A lot of work is going on in the background but it is what it is, this is what we have and ultimately we haven’t got it right this year.”

George Russell in the other Mercedes also lost out at the start but regained the P11 that he started with in the end when tyre graining saw Sebastian Vettel struggle and fall back in the pack.

The young Brit was more optimistic than his teammate but believes that the team will have to be creative if they want to move into the points tomorrow.

“I think we had some relatively good pace,” Russell told F1.com, “but we were stuck in a bit of a DRS train and we just didn’t have the speed in the straight to really attack into Turn 2, so that made things doubly difficult.

“I expect tomorrow there will be more opportunity, but we need to do something different to our rivals to be able to move forward, because it was clear that today it wasn’t easy.”