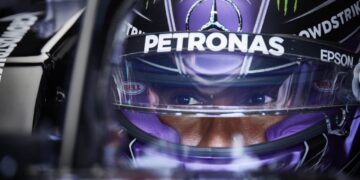 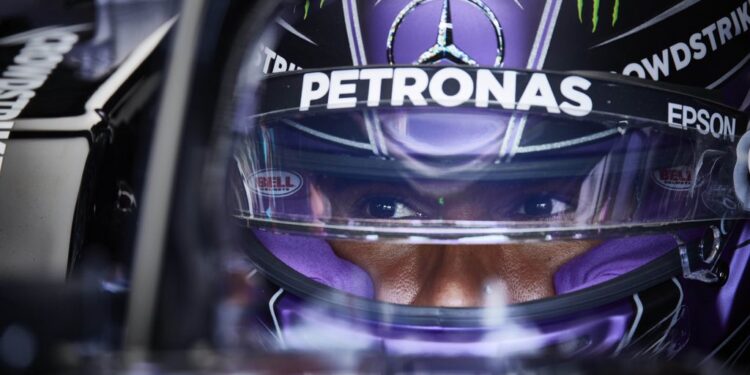 Hamilton was leading the race, but got caught by Red Bull’s Max Verstappen with just two laps to go, with the Dutchman switching to a two-stop strategy. This allowed Verstappen to reel Hamilton in and make a late pass to claim victory.

Mercedes chose not to react and kept both of their drivers out on the older hard tyres.

The Mercedes driver believes that, because Verstappen was already ahead, he would’ve lost out to the Dutchman anyway, due to the power of the undercut.

“He was already quite far ahead so the only option I really had was to stay out,” said Hamilton after the race.

“Otherwise I would be pitting because he’s again undercutting me so he would just come out ahead and I wouldn’t be able to get past because they are too quick on the straights.

“The only option was to stay out as long as possible and hope the tyres hold together. I think considering that we had such a difficult Friday I’m really happy with today’s result.”

The seven-time World Champion believes that Mercedes needs to unlock more pace in the car, especially in a straight line where he feels the team lost out to Red Bull on Sunday.

“We’ve got to find some pace that’s for sure,” said Hamilton.

“Most of the time we lost today was just on the straights, so we’ve got to definitely dig deep and try and figure out where that is and whether it’s power or drag but we’ve still got a good package.

“What was really surprising too was the wear on the left front tyre so early on. But obviously they just had a good strategy and it worked really well.

“Of course we didn’t win and we were in the lead but I had no tyres left at the end so unfortunately lost the position but still, it was a good race.”