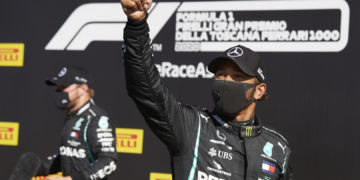 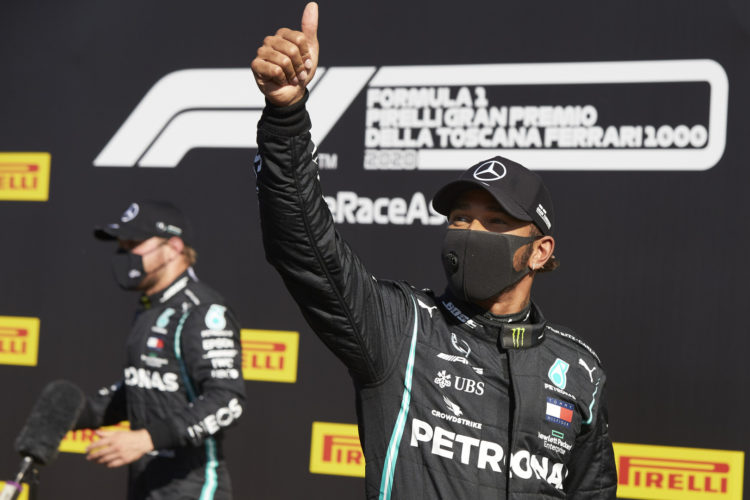 Tuscan Grand Prix – Lewis Hamilton says his hard work paid off in qualifying after trailing his teammate in all the practice sessions.

On Formula 1’s first trip to Mugello it was all going Valtteri Bottas’ way during practice and the first part of qualifying. After ending Friday slower than the Finn, Hamilton admitted that he had work to do and his efforts showed in today’s track action.

“I’ve been working so hard in the background,” said Hamilton. “To really try and improve on my lines, improve on the set up, and with the engineers we did such a great job. Mechanics as always do an amazing job and I finally got the lap that I needed.”

The championship leader was within a tenth of his teammate in FP3, finally saw himself ahead at the end of Q2 and managed to put in a better first run in Q3 which saw him take pole.

“It’s a really, really challenging circuit. You saw Valtteri was quicker than me all day yesterday and even this morning and even in Q1. [Turns] 10, 1 and 2 were the areas that I needed to improve and I managed to pick it up as we got into qualifying.”

Hamilton didn’t manage to improve for his final qualifying run but his teammate was hampered by a yellow flag in the first sector which scuppered his chances. “Valtteri did a great job pushing me. At the end there I think the wind picked up so I wasn’t able to go any quicker but nonetheless it was a job done.”

Although it hasn’t been the easiest of weekends until now for the Brit he still only had good things to say about the track and how much he was enjoying it.

“It’s been a really, really tough weekend if I’m really honest,” Hamilton added. “This track is phenomenal. It’s crazy, you go through turns 6,7,8,9 at like 170/180 mph and the G-force you’re pulling through there, it’s insane. It just gets more and more as you go through 8 and then through 9.”