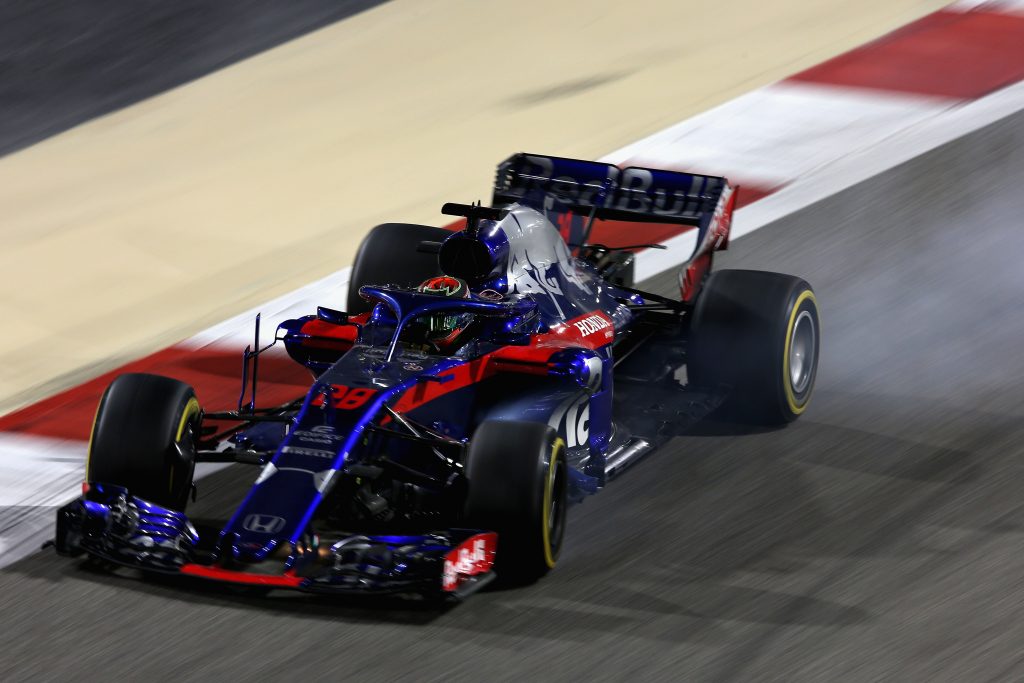 The pair came to blows on the opening lap of the race when Toro Rosso’s Hartley locked up and collided with Force India’s Perez, sending the Mexican into a spin and damaging both cars.

Hartley received a ten-second time penalty for the incident, and both drivers finished outside the points.

However, additional penalties were handed to both drivers after they were both adjudged to have broken formation lap rules.

With Hartley and Perez starting eleventh and twelfth respectively, the Toro Rosso driver was slow in his getaway for the formation lap, which resulted in Perez passing Hartley.

However, Perez was deemed to have made “no noticeable effort” to allow Hartley to reclaim the place in the remainder of the formation lap. Hartley only reclaimed the place after the safety car line.

Perez was handed a 30-second time penalty for his role in the incident.

In turn, because the rules state that a driver must start from the pit lane if they are unable to reclaim their grid slot before the safety car line, Hartley was also punished.

The New Zealander was also handed a 30-second time penalty and given two penalty points on his licence.

A statement from the stewards read: “Car 11 (Perez) overtook car 28 (Hartley) before turn 1 and then during the remainder of the formation lap made no noticeable effort to allow car 28 to regain his position.

“In this case the stewards decided to not award penalty points as the penalty is sufficient.

“Car 28 was overtaken by car 11 during the formation lap, failed to re-establish his position before the first safety car line and then did not enter the pits as required under Article 38.3.”

The result means Perez and Hartley drop further down the classification, taking 16th and 17th respectively.