Former Formula One driver Rio Haryanto will contest a full FIA-approved championship for the first time since losing his F1 drive back in 2016.

The Indonesian driver will contest the Blancpain GT World Challenge Asia championship in 2019, competing alongside David Tjiptobiantoro and Gregory Teo for the Singaporean team T2 Motorsport, who are returning to the series – equipped with a Ferrari 488 GT3 – in 2019.

Haryanto will contest all six rounds of the championship, whilst Tjiptobiantoro and Teo will share the other half of the team’s driving duties.

“We are excited to be returning to Blancpain GT World Challenge Asia in 2019,” said team driver and manager Teo.

“We really enjoyed our first season in the championship when it was still establishing itself as Asia’s leading GT series and then watched on from a distance last year when it really made its mark.

“That’s why we’re back in 2019 with a renewed programme and driver line-up that’s capable of scoring victories. Collectively, the package looks very promising indeed.”

A GP2 race-winner, Haryanto’s Formula One opportunity came in 2016, when he signed to drive alongside Pascal Wehrlein at the Manor F1 team.

However, his stint in Formula One lasted just twelve rounds, with a best finish of 15th at the Monaco Grand Prix. He was replaced by Mercedes junior Esteban Ocon.

An F1 return never materialised, and Haryanto has only made one-off appearances in sportscars and a Formula E test.

His inclusion in the Blancpain category is his first full-time race drive since losing his Formula One seat. 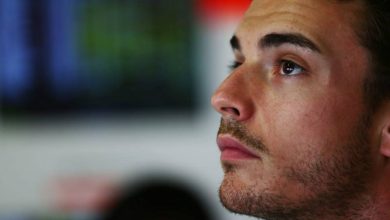 Formula 1 remembers Jules Bianchi on anniversary of his passing