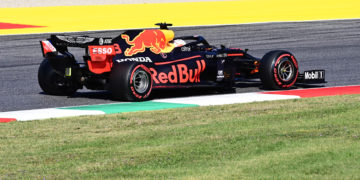 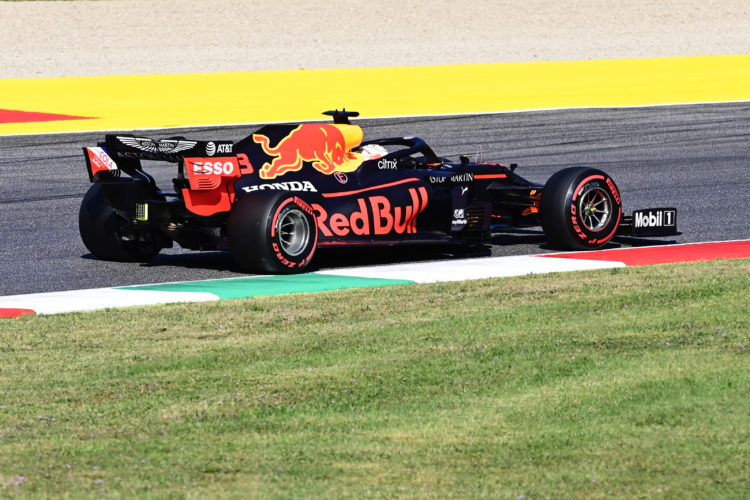 Max Verstappen retired from the Tuscan Grand Prix two weeks ago, after a power unit software issue struck during the pre-race laps to the grid. While the team thought they had figured out the issue, Verstappen fell backwards at the start and was eliminated in an accident but said he would have retired regardless from the power unit issue.

The problem came just a week after his RB16 overheated at Monza, while Verstappen also retired from the season opener in Austria – meaning three retirements in nine races that have ruined any attempt at a title challenge.

Following investigations, Honda say they will be running the Red Bull and Alpha Tauri cars with ‘countermeasures’ applied to the engines. Analysis at Red Bull’s Milton Keynes base and at Honda’s facilities at Sakura revealed ‘several factors’ led to the problems.

“Using the time since Mugello, our priority has been to carefully analyse the reason for Max’s retirement in that race,” said Honda Technical Director Toyoharu Tanabe. “Our investigation revealed that several factors caused the problem and we have been able to apply countermeasures to deal with each of these, with the aim of ensuring the fault does not happen again.”

The issues are believed to be linked to the electronics and software controlling the engine, rather than the mechanical components themselves, but Honda are obviously keeping tight-lipped about the problems.

Red Bull’s Christian Horner said after Mugello that they will be keeping Max Verstappen abreast of what Honda are doing to fix their issues, with rumours surrounding an ‘exit clause’ hanging over them meaning that the Dutch driver can look elsewhere if certain, private performance criteria are not met.

Verstappen, as well as teammate Alex Albon and the Alpha Tauri drivers Pierre Gasly and Daniil Kvyat are all expected to take fresh power unit components this weekend for the race at Sochi, but the details of these changes are not yet announced – these changes are likely to be communicated by the FIA Technical Delegate on Friday morning.