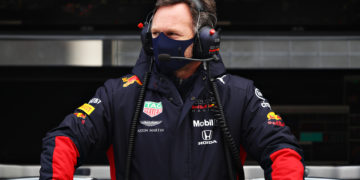 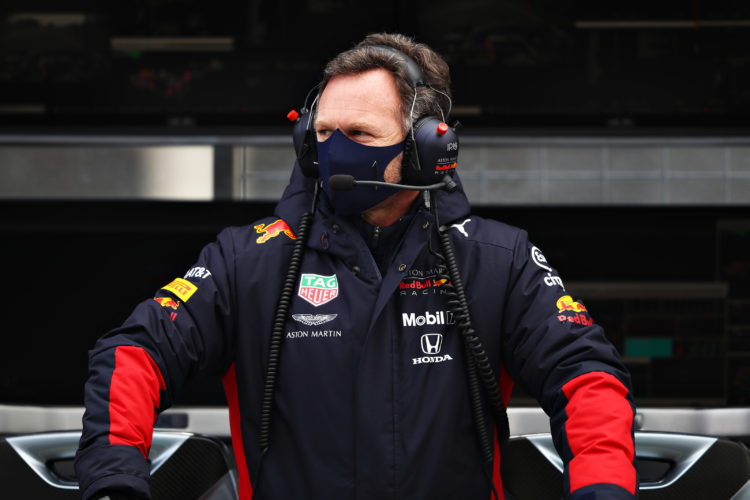 Red Bull boss Christian Horner says his team will put in ‘due diligence’ in evaluating a return to Renault power, or whether to buy out Honda’s intellectual property.

Both Red Bull teams are without an engine supplier for the 2022 season and onwards, following Honda’s shock announcement that they’ll leave the sport at the end of 2021.

Both Christian Horner and Alpha Tauri team boss Franz Tost have confirmed they want to secure a ‘two-for-one deal’ with a single engine supplier for both teams, citing the ‘synergy’ between the teams and not wanting to come up with separate designs for different suppliers.

Mercedes have already ruled themselves out of contention for a supply deal, unsurprisingly, with Toto Wolff saying that they can’t supply any more as they have three customers already. Even without these customers, it’s unlikely Mercedes would supply as Red Bull are a team with the resources to challenge them, as Horner explained: “Obviously we need to consider all our options. A team like Red Bull is not a standard customer team. The team’s aspirations are extremely high. It wants to win. It wants to compete and win world championships. We need to take the time to do our due diligence on the options that are available to us in order to finalise our thinking certainly by the end of the season and most definitely by the end of the year. We have to consider all the options and make decisions following that.”

Horner continued on to say “There are no new manufacturers lining up to come into Formula 1. I think Toto obviously made it clear that Mercedes are not keen to supply an engine so that limits your choice to therefore two current suppliers in the sport.”

With Renault being the most likely candidate, Horner has already said that Renault’s leadership has changed with new Chairman Luca de Meo now in charge of the car manufacturer. Horner was asked about his relationship with Renault F1 & Alpine boss Cyril Abiteboul, and he highlighted that de Meo’s appointment might play a part in driving the enthusiasm of the Renault board.

“Cyril’s always been on my Christmas card list. Obviously Renault have to be considered as a potential supplier in the future so I think Renault is a different organisation than the last time they supplied us. They have a new chairman who seems passionate about Formula 1 which is good to see. Formula 1 needs that drive from the top of an organisation, that enthusiasm, otherwise it’s impossible to achieve success in this sport.”

With Honda indicating a willingness to help Red Bull out with a continuation project for 2022, including a possible sale of their intellectual property to allow the team to become engine manufacturers, Horner wouldn’t dismiss the possibility: “A team like Red Bull has big aspirations. It’s a winning team, we’re the only team in Formula 1 in the hybrid era that has won with two power units. We gave Honda its first podium, its first victory in the hybrid era, as we did for Renault with their hybrid. So we have to weigh up all of the options and what will give us the most competitive package for 2022 onwards. We have a big regulation change coming for 2022 and the engine plays an integral role within that so we will take the time to discuss with the manufacturers, discuss with the FIA, to discuss with Liberty in terms of what their thoughts are for the future as well because obviously it’s bad news for the sport that a manufacturer such as Honda has decided to withdraw for the reasons that they have.”

“We see in this sport that sometimes the unexplainable can happen and it’s our duty to look at what is the most competitive way forward in 2022.” Horner continued. We have the time. Honda have afforded us that time. If they’d have made this decision in the spring of next year or in the autumn of next year, it would have been a far worse scenario for us, so we’re only just halfway through the relationship with Honda and we’ve achieved a lot in the time that we’ve been together, we aim to achieve a lot more in the remaining time that we have together, and obviously there are the bigger questions that need to be answered between now and the end of the year.”