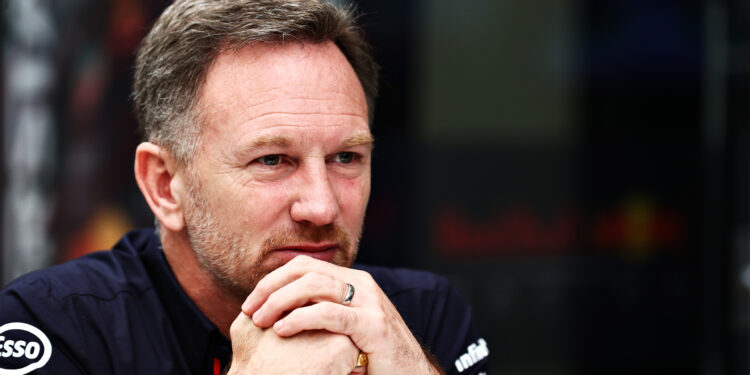 Qatar Grand Prix – Red Bull Team Principal, Christian Horner, has been given an official warning by the FIA over comments regarding marshaling in qualifying.

After the Qatar Grand Prix ended this afternoon the stewards posted a summons for Horner to appear before them for an “Alleged breach of Article 12.2.1 f) and 12.2.1 k) of the FIA International Sporting Code.”

The articles mentioned are as follows 12.2.1.f: “Any words, deeds or writings that have caused moral injury or loss to the FIA, its bodies, its members or its executive officers, and more generally on the interest of motor sport and on the values defended by the FIA.”

Given the articles, it was speculated that Horner’s comments before the race where he blamed a ‘rogue marshal’ for waving double yellow flags without orders, which led to Max Verstappen being handed a 5 place grid penalty which dropped him from P2 to P7.

After speaking with the stewards Horner appeared on Sky Sports F1 and confirmed that those comments were indeed the cause of the summons and clarified that it was the situation in qualifying rather than an individual he was annoyed at, but apologised for any offense caused.

“Some comments were made in our interview earlier when you asked me about the marshaling,” Horner said. “And I’d like to make it clear that marshals do a wonderful, wonderful job, and they’re volunteers, they do a great job.

“My frustration in what I voiced earlier wasn’t at marshals it was at a circumstance and so, if any offence was taken by any individual then obviously I apologise for that. Frustrating to end up with the situation that we had, but a phenomenal recovery by Max and the team today.”

The stewards verdict was to give Horner an official warning, with the reasoning behind that decision been given as follows: “The Stewards heard from the Team Principal (Christian Horner). He explained that his reaction was one that was made under the pressure of competition following the penalty imposed on the driver of Car 33.