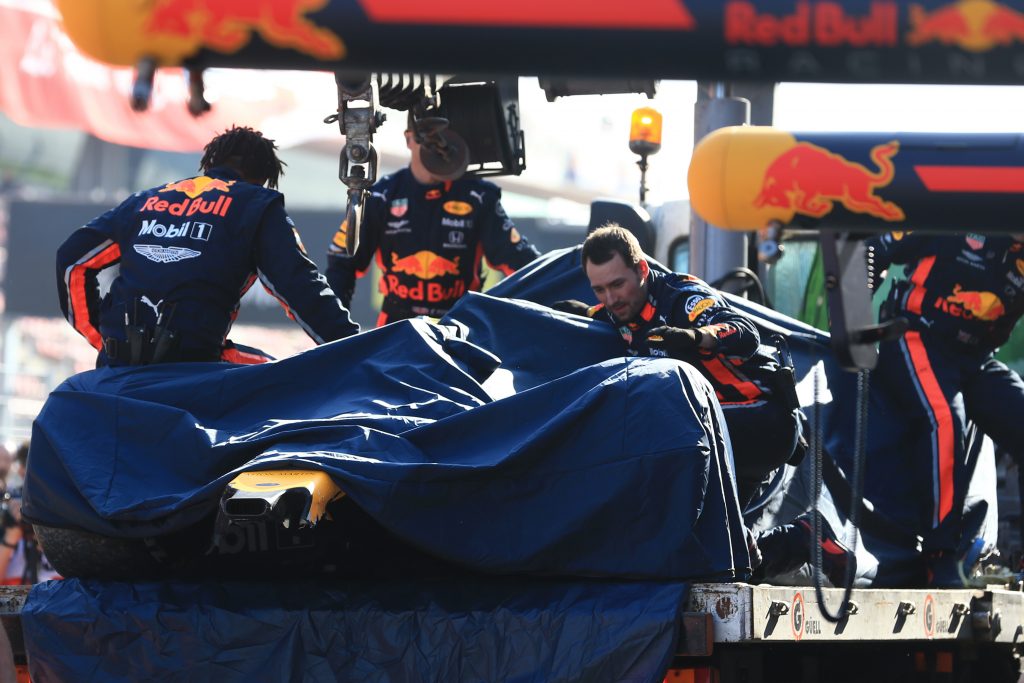 Pierre Gasly’s 2019 season might be on a bit of a roll as it heads into the final weekend, having claimed his maiden podium last time out in Brazil. It’s a far cry from where he was less than six months ago, as he struggled for any sort of pace or performance while at the wheel of Red Bull’s RB15. Having been promoted to the senior team for 2019, Gasly never appeared comfortable alongside Max Verstappen and failed to make any sort of positive impact during his months with the team.

He was demoted after the Hungarian Grand Prix, with Alex Albon taking his seat for the second half of the season. Gasly was put back into the Toro Rosso and has thrived since then with the peak of his year so far coming at Interlagos by claiming P2.

Red Bull’s team boss Christian Horner says he believes two big testing crashes during the pre-season test days at the Circuit de Barcelona-Catalunya may have played on Gasly’s mind as the year started. Not only did Gasly cost himself valuable preparation time, but his crashes also cost Red Bull valuable testing as they had to repair the car afterwards. Horner says this pressure resulted in his lacklustre performances: “I think that obviously for Pierre it was very tough for him coming into the start of the season off the back of two accidents in pre-season and that I think definitely affected his confidence, and, of course, being the team mate to Max Verstappen is a very tough job to have, having that reference point… it was a difficult first half of the season for him.”

Having made the decision to put Gasly back into the less pressured environment of Toro Rosso, Horner said part of this was to protect him from the public glare: “Obviously we felt that with the pressure building on him, the public pressure, the media scrutiny, it was right to remove him from that and put him into the slightly less pressured environment of Toro Rosso.”

“And since that switch I think he has driven again exceptionally well. You can see his confidence is growing. He’s driven some very strong races and his pace is getting better and better. He looks happier in that environment, which is good to see.”