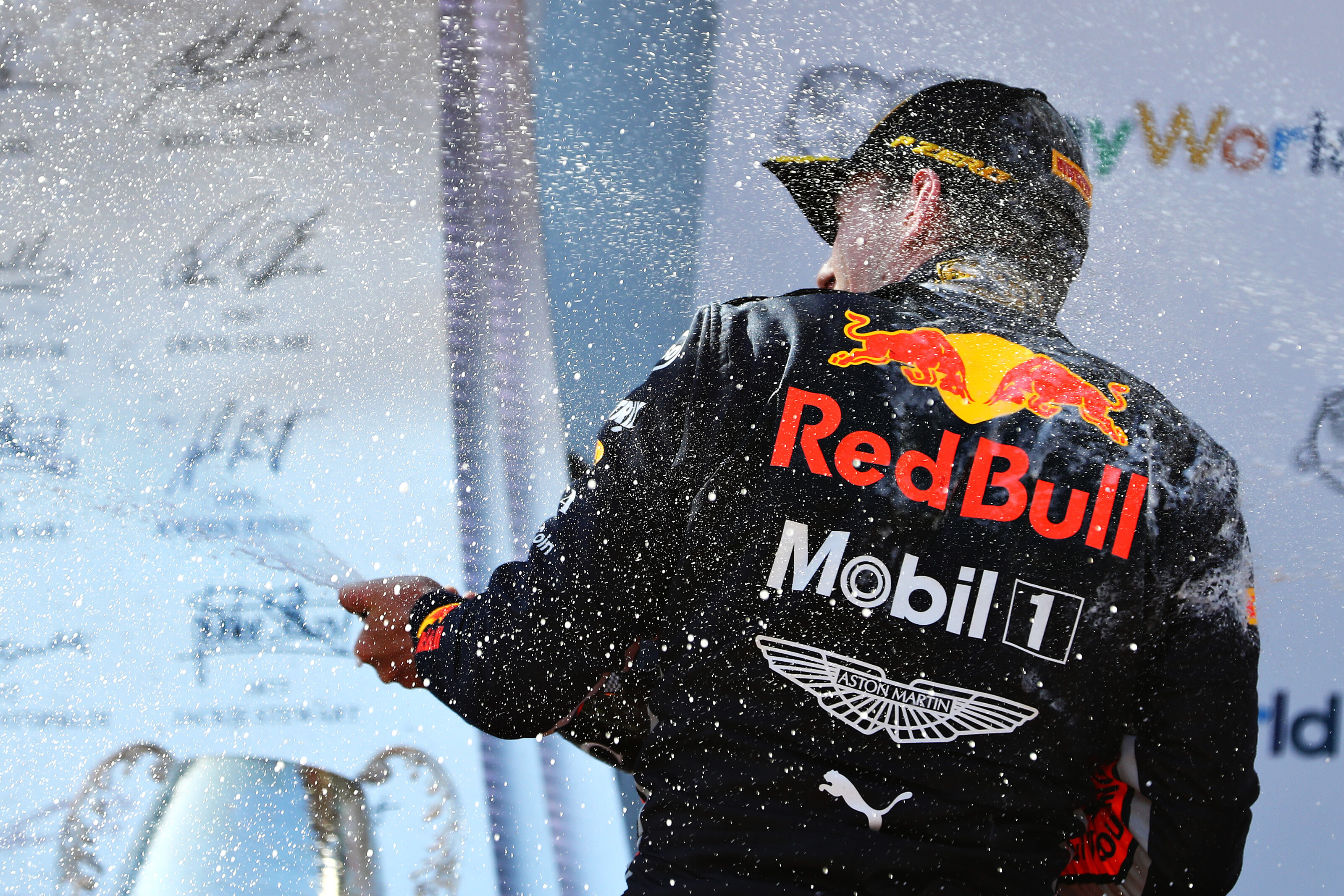 Max Verstappen’s lengthy contract extension at Red Bull Racing came as something of a surprise, but what implications does it have for the driver market?

On Tuesday, Red Bull Racing made a surprise announcement that Max Verstappen has signed up to stay with the Milton Keynes-based team until the end of 2023 – a solid three year contract extension to go on top of his existing deal until the end of 2020. The surprise wasn’t that Verstappen has been signed up, but rather that both parties were willing to commit to such a long deal at such an early stage. With Honda’s supply deal with Red Bull unconfirmed beyond the end of ’21, Verstappen’s contract means he’s either been convinced Honda are continuing beyond that point or has a very specific performance clause written into his contract for ’22. Also helping to convince him is a reported $40 million salary, with Honda stumping up cash to help pay this monumental fee.

Several big driver contracts come to an end of 2020, including Verstappen’s. Lewis Hamilton and Valtteri Bottas both are unconfirmed at Mercedes from the end of this year, as is Sebastian Vettel at Ferrari. Only recently, Ferrari have nailed their colours to the mast by signing their young driver Charles Leclerc up until the end of 2024 – an almost unheard of contract term. With 2021 being a complete reset of technical regulations and the introduction of new sporting and financial regulations, there’s a genuine chance that the current form book could be ripped up.

There was the potential that the driver market could be similarly chaotic but, with Verstappen and Leclerc now firmly bedding themselves down for the long-term future, it means there’s less chance of any upsets at the top teams. Lewis Hamilton’s contract negotiations for ’21 and beyond have just become much easier, as Mercedes no longer can use Verstappen as a bargaining chip in their favour. After all, what top level driver is available for Mercedes to parry Hamilton’s demands now? A year ago, you could still have mentioned Sebastian Vettel as a suitable contender but his star has waned further over the course of 2019.

Even if Mercedes do still regard Vettel as a like-for-like replacement for Hamilton and are willing to use him as a negotiating tool, is Hamilton likely to want to swap over to the Scuderia? Much has been made in recent months about Merc’s long-term future in F1 as they have entered Formula E, and Toto Wolff’s contract also comes to an end at the end of 2020. While he’s a shareholder in the team, Wolff’s plans are pivotal for Hamilton’s. If Toto decides to walk away or go elsewhere, will Lewis be tempted to do the same? At the age of 36, would he be willing to take a gamble and move to a team with a completely different culture and ethos, and one where they have a young hotshoe under long-term contract and has been part of Ferrari since the end of 2015? Why would Ferrari be willing to annoy their protege at a still early point in his contract and risk upsetting the apple cart?

With Max Verstappen off the table, assume Mercedes are going to be willing to agree to whatever Hamilton asks for. Valtteri Bottas has proven a great number two, and George Russsell is available as an ‘internal’ candidate for the second seat if they feel he’s ready. If not, then Bottas can keep the ship stable for another season. The low cost of Russell could also offset the potential cost increase of Hamilton’s contract as a (possible) seven time Champion.

At Ferrari, Leclerc’s contract extension means Vettel’s position at the team has weakened. No longer seen as the de facto team leader, Vettel has to negotiate a new contract to remain alongside the man who has risen in esteem and is now seen as the team’s long-term future. Would Vettel be willing to accept a Raikkonen-esque role from ’21 onwards? His temperament suggests he wouldn’t so, unless Vettel is able to match or beat Leclerc with relative ease in 2020, his time at Ferrari could be concluding with a whimper.

If Vettel is to find himself out at Ferrari, who would take the second seat alongside Leclerc? There’s a raft of Ferrari Driver Academy projects available but right now, they are still ‘projects’ and not the finished product. Antonio Giovinazzi currently leads this group but was unconvincing even for an Alfa Romeo renewal for this year, let alone a jump to Ferrari. Mick Schumacher, Giuliano Alesi, Marcus Armstrong, Callum Ilott and Robert Schwartzman are all racing in Formula 2 this year but, barring a completely uncharacteristic promotion from Ferrari, are more likely to be fighting over a potentially vacant seat at Alfa Romeo to replace Kimi Raikkonen if the Finn chooses to depart the sport after twenty years. No FDA driver looks ready, at this point, to replace Vettel.

But what about Daniel Ricciardo? The Australian’s contract with Renault is coming to an end and, on paper, would be a good fit alongside Leclerc. He’s unlikely to cause disharmony at the team and the by then 31 year old could be willing to settle into a supporting role alongside Leclerc. A Leclerc/Ricciardo line-up would be a damn strong one, with a much clearer sense of purpose than the current Vettel/Leclerc fight for power. Such an arrangement would also allow Ferrari to fight on equal terms with the status quo at Red Bull and Mercedes as both of those teams are set up primarily around a lead driver.

However, these changes are only really triggered if Lewis Hamilton opts for a change of scenery, and that’s a change that he doesn’t really need to make. All in all, Max Verstappen’s early commitment to Red Bull may have just stopped any major driver moves for 2021. Assuming the big three team’s drivers perform to a standard expected of them, it’s quite possible these exact six drivers will remain in their current seats for ’21.