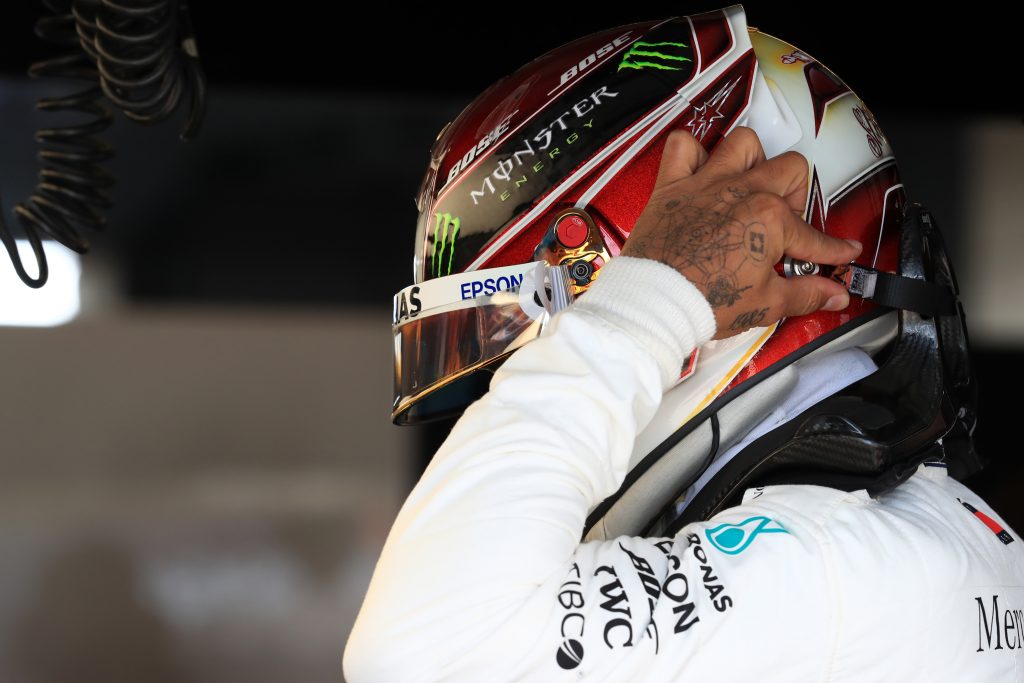 How Hamilton can take the title in the United States

How Hamilton can take the title in the United States

United States Grand Prix – Lewis Hamilton will have another chance to wrap up the title early in Austin, here are the stats ahead of a potentially-decisive race.

Despite winning the previous race in Mexico, Hamilton was forced to wait for the drivers’ championship celebrations due to team-mate Valtteri Bottas finishing on the podium.

However, Hamilton’s championship quest is a much simpler one. Regardless of what pole-sitter Bottas does at the Circuit of the Americas, Hamilton needs at least an eighth place finish to seal his sixth drivers’ title.

Bottas’ mission is also simple to understand, but much harder to execute: He needs to win the race and hope Hamilton finishes ninth or lower. This would extend the championship battle into the penultimate round, the Brazilian Grand Prix.

Whilst Hamilton is the firm favourite to secure his sixth drivers’ title, the Briton will be hoping to do so with a flourish and take the United States Grand Prix victory.

Lewis Hamilton has history of securing the championship away from the rostrum; three out of his five championship-winning races have been mere points finishes.

The only two races in which he has celebrated a drivers’ crown on the podium were the 2014 Abu Dhabi Grand Prix and the 2015 United States Grand Prix, where he took victory on both occasions.

Bottas’ championship aspirations are effectively over but, if the Finn was to complete an unfathomable turnaround and take the drivers’ championship then a series of unbelievable events would be required.

Hamilton would have to only take a maximum of two points over the final three races and Bottas would need to win all three remaining races.

Bottas is yet to win back-to-back races, and Hamilton has had a run of scoring less than three points in three races since 2009.

To view the results from the qualifying session, click here.