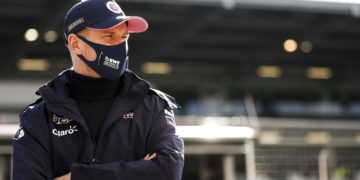 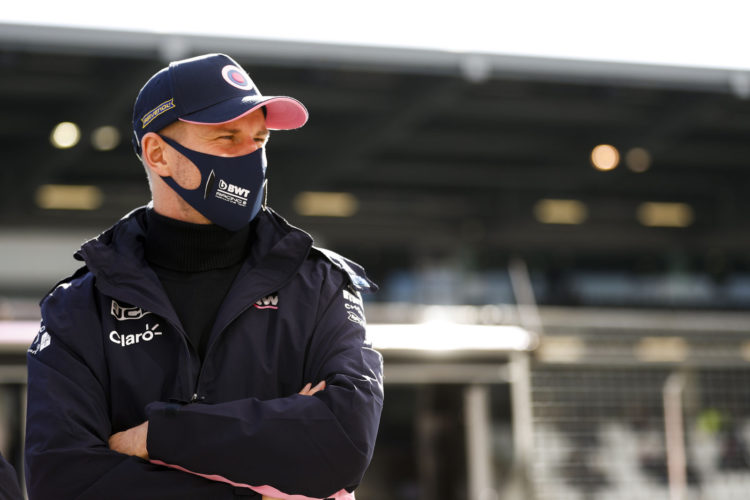 Portuguese Grand Prix – Racing Point have brought Nico Hulkenberg along as their official reserve driver for the race at Portimao.

Nico Hulkenberg has been brought along by Racing Point to the Portuguese Grand Prix at Portimao. The German driver will act as the team’s official reserve driver for the weekend, having stood in at three Grands Prix so far this year.

Hulkenberg was brought in by the team, for whom he drove between 2014 and 2017, as a replacement for Sergio Perez at the two Silverstone races as the Mexican tested positive for COVID-19. Two weeks ago, Hulkenberg was called up again to replace the ill Lance Stroll – the Canadian also being diagnosed with COVID after the weekend.

With teams starting to take the reserve role more seriously now that COVID is a real threat to race participation, Racing Point brought Hulkenberg along to be ready if needed. However, neither Perez nor Stroll are reporting any issues this weekend.

Racing Point have also confirmed that Stroll’s father Lawrence, who wasn’t at the Russian or Eifel Grands Prix, also tested positive for COVID at the same time as Lance.

Team boss Otmar Szafnauer said the Strolls hadn’t actually been physically together as Lance was at the races while Lawrence was taking care of business at Aston Martin in the UK.

“Lawrence has missed more than just a couple of races, and that’s because he’s got some big responsibilities at Aston Martin,” Szafnauer is quoted by Formula1.com.

“This year, he hasn’t been to as many [races]. He didn’t come to Russia, he didn’t come to Germany. He went to Aston Martin that week, he was there on Thursday, and tested at Aston as he too tests as often as we do.

“He got a result on Friday that was negative. When Lance was tested [on Sunday], Lawrence tested again, both tests came back positive.”

Both have since tested negative for the virus since, with Lance back at the wheel of his RP20 this weekend in Portugal.