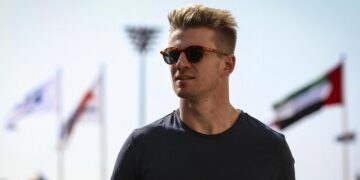 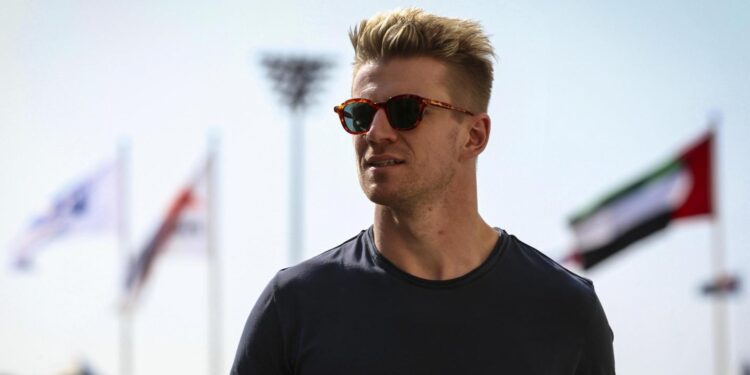 Abu Dhabi Grand Prix – After three seasons mostly watching, Nico Hulkenberg will be back in a fulltime seat for 2023 as Haas choose him over Schumacher.

With nine full seasons in F1 under his belt since his debut in 2010, Hulkenberg left the sport at the end of 2019 after being replaced at Renault by Esteban Ocon. Since then he has been called up by Racing Point and Aston Martin on five occasions, three times in 2020 and for the opening two rounds this season, to substitute for their covid-aflicted drivers.

The 35 year old German has had 181 starts in the sport, picking up 521 points along the way but will undoubtedly be looking to shed a record that he holds – most races without a podium.

“I’m very happy to move into a full-time race seat with Haas F1 Team in 2023,” Hulkenberg said. “I feel like I never really left Formula 1. I’m excited to have the opportunity to do what I love the most again and want to thank Gene Haas and Guenther Steiner for their trust.

“We have work ahead of us to be able to compete with all the other teams in the midfield, and I cannot wait to join that battle again.”

Haas Team Principal, Guenther Steiner welcomed the German to the team and believes he and Magnussen will be able to push Haas back into more regular points fights.

“I’m naturally very pleased to be welcoming Nico Hulkenberg back to a full-time racing role in Formula 1,” Steiner said. “The experience and knowledge base Nico brings to the team is clear to see – with nearly 200 career starts in Formula 1 – and a reputation as being a great qualifier and a solid, reliable racer.

“These are attributes, which when you pair them together with Kevin Magnussen’s experience, gives us a very credible and well-seasoned driver line-up which we believe will help push the team onwards up the grid.

“That’s obviously the goal and it was that ambition that has prompted Nico’s return to Formula 1 – he shares our vision and can be a key player, together with the rest of the team, in building on the foundations we’ve laid this year with our return to the points battle.”

Steiner said the aim is to get Haas back into the midfield over the next couple of seasons and that the more experienced Hulkenberg would be a better fit for them to achieve that.

“So we need to go forward again and that’s the best with experienced people and drivers which have done this before, which can bring experiences into our team which they have made in other teams.”Haas F1 Team

Hulkenberg will be officially joining the team on Tuesday for the post-season Pirelli test, after Aston Martin gave him the go ahead to do so, which will give him a feel for the Haas car as well as see how much work he needs to do to get back to driving fitness.

“Aston Martin just texted us now that they let him drive for us on Tuesday,” Steiner said following the driver announcement. “Thanks to them for letting us do that. Then we can sharpen him up next week, and then also we have got the pre-season testing in Bahrain and I think he will be straight on it.

“Physically, these F1 cars they are quite demanding and it will take him some time to get used to it, because the only way you train your muscles is driving the cars.

“We cross that bridge next year but he’s pretty fit and I don’t see it [being a problem]. We obviously had that question as well, is he straight on the ball when he comes back after being out? But then you look at the results he did when he just jumped in at the last minute, he was pretty good.”

Haas also thanked their outgoing driver, Mick Schumacher, and wished him well in the future.

“I would like to thank Mick Schumacher for his contribution to the team over the past couple of years,” Steiner said in the team’s statement releasing the young German. “Mick’s pedigree in the junior categories was well known and he has continued to grow and develop as a driver in his time with Haas F1 Team – culminating in his first Formula 1 points-scoring successes earlier this season. While choosing to go in separate directions for the future the entire team wishes Mick well for the next steps in his career path and beyond.”

Schumacher himself put out a message on social media expressing his disappointment that this weekend would be his last in F1 for the foreseeable future but thanked both Haas and Ferrari for giving him the chance to drive and discover just how much he wants to be in the series.

“This is going to be my last race with Haas F1 Team,” Schumacher said. “I don’t want to hide the fact that I am very disappointed about the decision not to renew our contract. Nevertheless, I would like to thank both Haas F1 and Ferrari for giving me this opportunity. Those years together have helped me to mature both technically and personally. And especially when things got difficult, I realized how much I love this sport.

“It was at times bumpy but I steadily improved, learned a lot and now know for sure that I deserve a place in Formula 1. The subject is anything but closed for me. Setbacks only make you stronger.

“My fire burns for Formula 1 and I will fight hard to return to the starting grid. PTW. [Prove them wrong]”