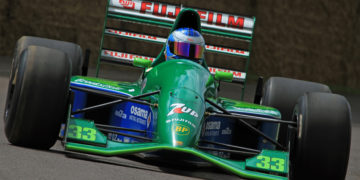 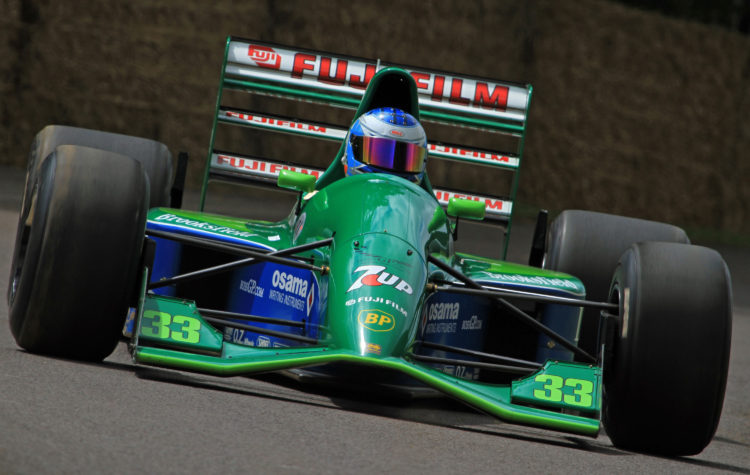 Ian Hutchinson, the graphic designer behind one of the most popular F1 liveries ever, the Jordan 191, has died at the age of 59.

Ian Hutchinson, the original livery designer for the Jordan Grand Prix team, has died at the age of 59 after a long battle with cancer.

Hutchinson’s famous motorsport designs were primarily for Jordan, and included the famous 191 livery – frequently a fan favourite after thirty years due to its simplicity and clean lines.

Hutchinson’s company was employed for the car livery designs between the team’s entry into Formula 1 in 1991 up until the 196.

Hutchinson’s death was confirmed by Jordan’s former director of business and marketing Ian Phillips, who said: “Ian Hutchinson, the man responsible for all our car livery and branding designs from 1991 to 1996 sadly passed away yesterday after a long battle with cancer.”

“He and I would usually be granted 24 hours with a mock up car some time between Christmas and New Year. His ability to turn my demands for lots of separate sticker spaces into a work of art was genius.”

“And EJ (Eddie Jordan) was always on holiday at this time so no interference! Ian was also responsible for all the iconic Marlboro rally cars for many years and the Mild Seven Benetton’s. RIP my friend.”

FormulaSpy would like to express our sympathies to Ian’s family, friends and colleagues at this time.