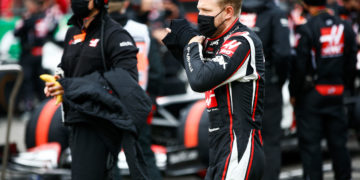 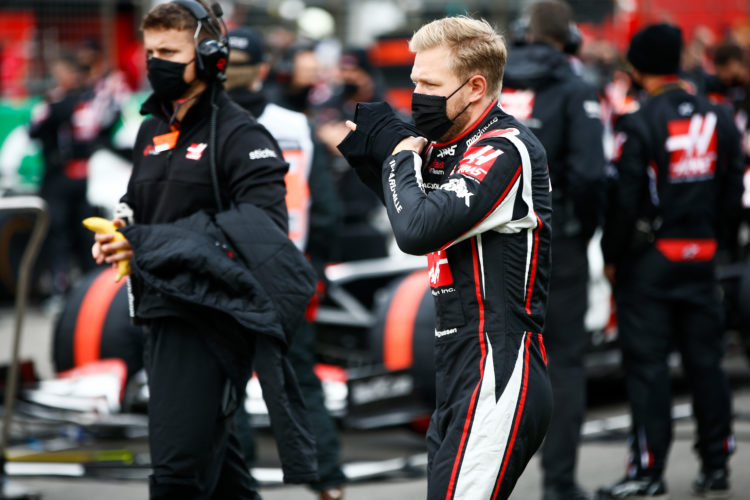 Portuguese Grand Prix – According to Danish media, Kevin Magnussen’s time at Haas will come to an end at the conclusion of the 2020 season.

Kevin Magnussen is one of the drivers on the grid still without a confirmed seat for 2021, and has admitted already to feeling uncertain at holding onto a seat as Haas evaluate a change of direction for next season.

According to Danish media reports, Magnussen has lost his seat at Haas for next season and it’s only a matter of time until Haas confirm that both he and Romain Grosjean will leave at the end of this season.

According to Ekstra Bladet’s Jonas Huttel, the decision could be announced before this weekend’s Grand Prix at Portimao. BT.dk reporter and renowned photographer Peter Nygaard has confirmed the story as well.

Team boss Guenther Steiner has said that he is open to running rookies in 2021 as the team look ahead to the change in regulations for 2022, leaving the door open for the likes of Mick Schumacher and Callum Ilott. Both are Ferrari juniors, with Ilott scheduled to drive in practice for the team at the Nurburgring last time out until rain stopped play at the circuit.

However, the likely replacements are reported to be 21 year old F2 driver Nikita Mazepin. He comes with serious backing from his father’s Uralkali group, who were linked with a buyout of the Force India team in 2018 prior to Lawrence Stroll’s Racing Point purchase.

If Magnussen is out on his ear, then it’s unlikely he’ll be able to find another seat in Formula 1 at the moment. Nico Hulkenberg and Sergio Perez are both on the market and are strongly linked with moves to Red Bull Racing and Williams, while seats are also available at Alpha Tauri and Alfa Romeo. There appears to be no room at the inn for Magnussen, meaning he may have to look to a future in IndyCar, Formula E or sportscast.

As for Romain Grosjean, he has indicated an interest in a switch to sportscars, with a possible link-up with Peugeot’s hypercard project on the horizon. Formula E usually provides a haven for drivers losing their F1 seats, and he’s also said he’s not ruling out a move to the electric series. However, he has already said he’s not interested in a move to IndyCar as he feels ovals are too dangerous – which isn’t a unique opinion for a racing driver from Europe who is married with a young family.