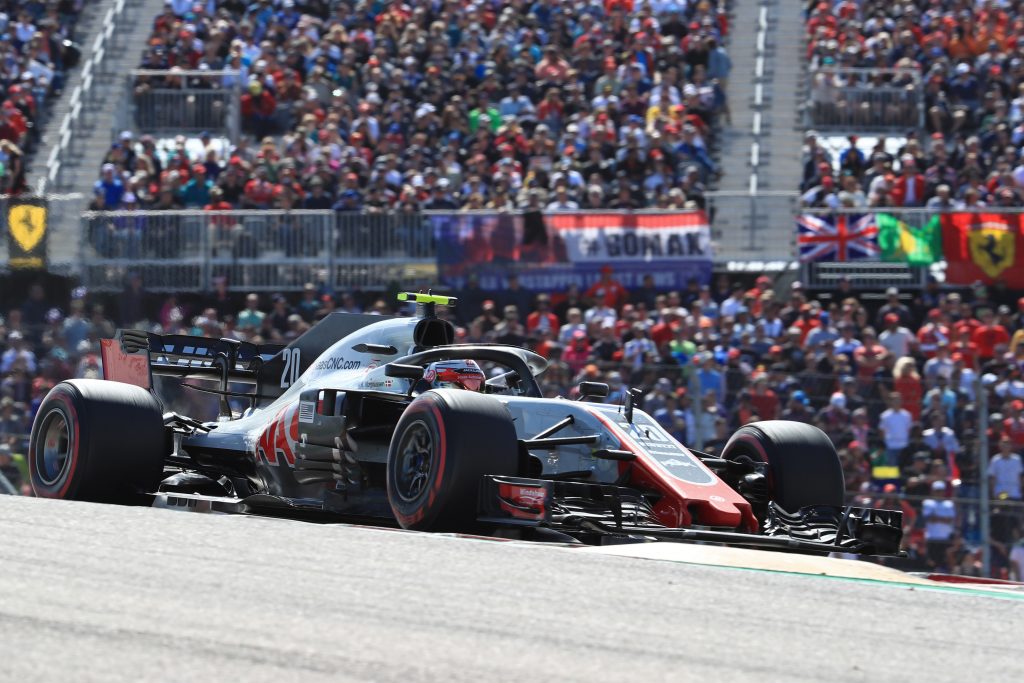 United States Grand Prix – Haas’ Kevin Magnussen & Force India’s Esteban Ocon have been disqualified from the race at the Circuit of the Americas. They both finished in the points.

Kevin Magnussen may have finished in P9 at the chequered flag on Sunday, but the Haas driver was disqualified after the race after his car was found to have used more than the permitted fuel load. The rules state that cars can use a maximum of 105kg to get through the race; Magnussen’s car was found to have used 105.1kg. Summoned before the stewards, Haas had their entry disqualified – the second time it’s happened to one of their cars in recent races after Romain Grosjean was excluded from the Monza race.

“Unfortunately today we were racing in Formula Fuelsaving rather than Formula 1.” said Magnussen afterwards. “And we used 0.1kg (!) too much for the whole race so we got disqualified. Those are the rules so we just have to manage better. Car was great though and the pit stop was amazing. On to the next one!”

Speaking about the disqualification, team boss Guenther Steiner said: “Kevin finished ninth, but has been disqualified because we used too much fuel. In the end, that’s our responsibility to control the fuel amount, but I still disagree with Formula One having to run on these rules. I hope next year, with having 110 kilograms, this will change, but we change another rule and put a big front wing on, so maybe this will be the same. One day we’ll get to have a good show, but at the moment it isn’t.”

Force India’s Esteban Ocon, who finished in P8 just in front of the Haas, was also summoned before the stewards due to his car using more than the permitted fuel flow rate on the opening lap of the race. The permitted rate is 100kg/hr, which his car briefly exceeded.

“Pushing the whole race, getting good points, and getting disqualified in the end for a stupid reason is probably the worst feeling ever.” said Ocon. “Our mistake… Anyway not giving up for sure!!”

As a result of the disqualifications, Force India’s Sergio Perez is promoted to P8, Toro Rosso’s Brendon Hartley to P9 and Sauber’s Marcus Ericsson to P10.