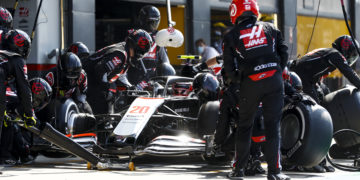 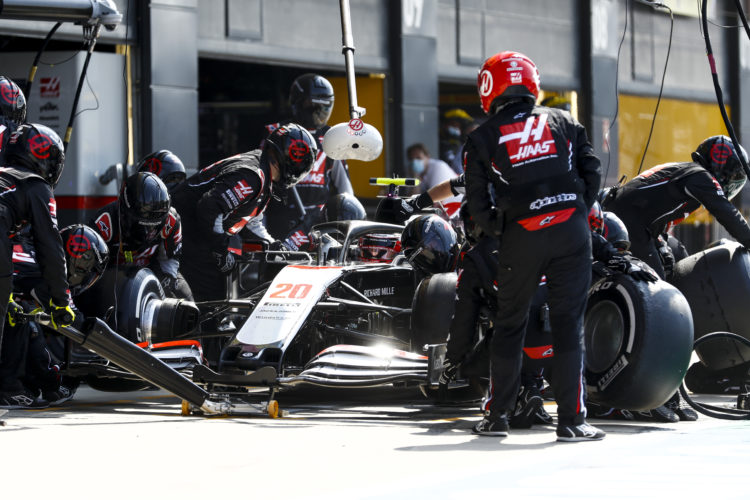 Kevin Magnussen was running towards the rear of the pack after pitting twice in the opening 21 laps of the race. Having already picked up a five second time penalty for re-joining the track aggressively while battling with Williams’ Nicholas Latifi at Stowe, Magnussen was pulled into the pits with seven laps to go.

The team opted to withdraw the Danish driver as a result of excessive tyre vibration causing concern. He was on 24 lap old Hard tyres at the time.

Explaining, Magnussen said: “The car just hasn’t performed this weekend as we know it can. We know it can perform, especially on a Sunday in race conditions. It just hasn’t happened this weekend. We had the crash last Sunday, and I think the parts that we put on as replacements, the floor and so on – they’re old parts, I can’t really say what else it could be.”

“In my mind that has to be it as the car can be a lot better than this. It simply hasn’t worked this weekend and that’s unfortunate. I had a great start again, so I’ll take that away as a positive and try and continue to keep doing that. We know in normal circumstances the car is more competitive in the race than it is in qualifying. We need to keep getting those good starts and fight in those positions. Our job is to keep fighting.”

Team boss Guenther Steiner said: “We had to retire Kevin (Magnussen) at the end of the race as there were vibrations and we were not sure anymore how badly they’d affect the suspension. We weren’t sure and we didn’t want to take a risk as obviously to get into the points is very difficult anyway. So, there was no point to risk anything.”

These tyre vibrations also affected Racing Point’s Nico Hulkenberg, who lost out on a potential P6 finish as a result of a precautionary late stop for Soft tyres.