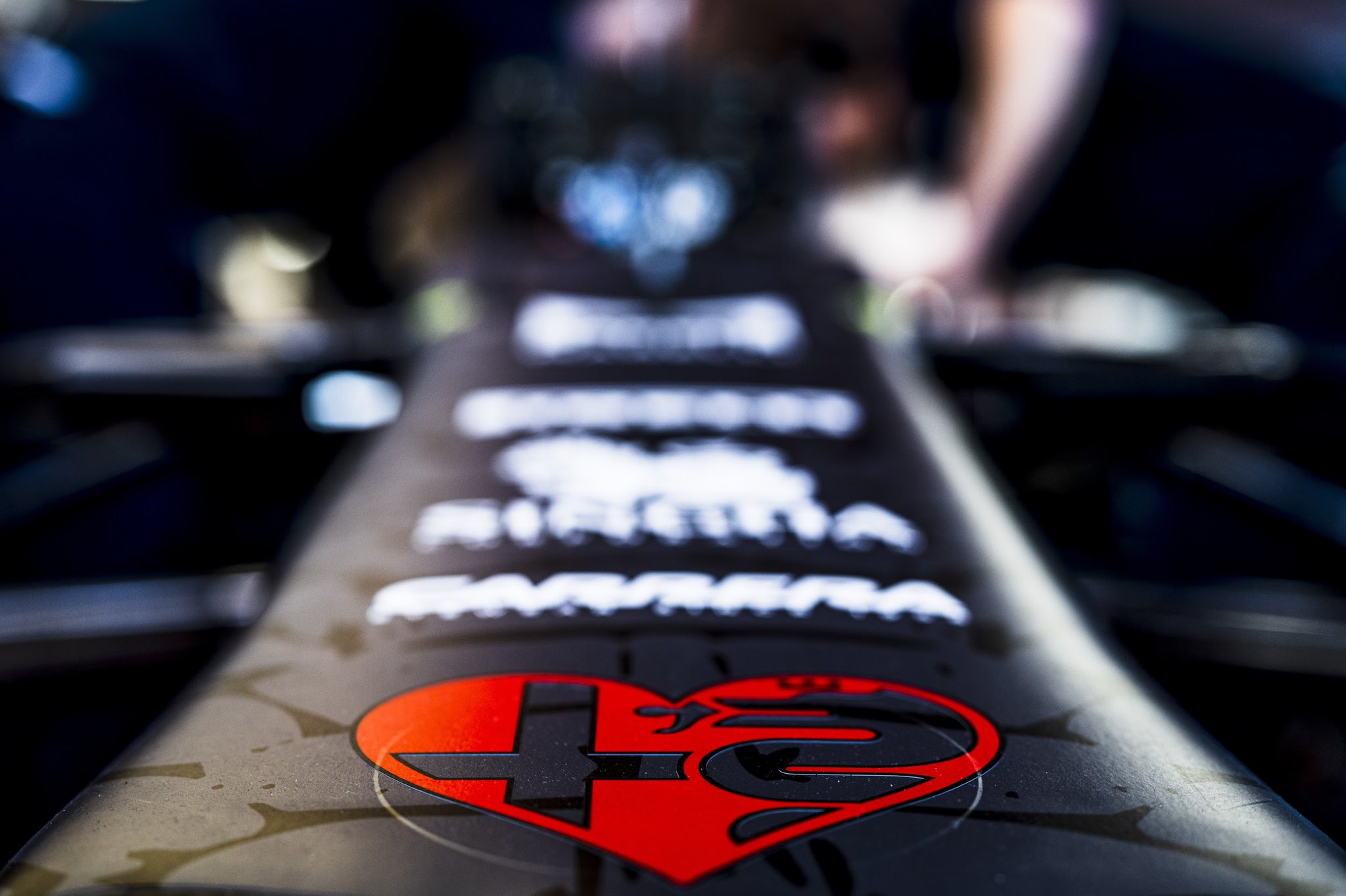 Alfa Romeo have offered a first look at their new C39, with Kimi Raikkonen performing a shakedown of the car at Fiorano in Italy.

Alfa Romeo have revealed a first glimpse of their new C39 car, after travelling to Fiorano in Italy for a filming day shakedown with Kimi Raikkonen at the wheel.

Like last year’s launch period, Alfa have chosen a camouflage style livery resembling a snakeskin, with the final look livery more likely to be similar to last year’s race livery.

The snakeskin design was made by Centro Stile Alfa Romeo in a homage to the brand’s Biscione emblem that appears in Milan’s city crest. The wrap also helped camouflage the C39’s lines, with the bodywork not properly visible until next week’s launch at Catalunya.

Last year, the team also shook down their C38 at Fiorano on Valentine’s Day, running the car in a camouflage livery of lovehearts emblazoned all over the car.

The top of the monocoque also displayed a tribute to the work of all Sauber Group employees, an acknowledgement of their contribution to the creation of Alfa Romeo’s 2020 car.

The team have also announced that they have signed Huski Chocolate as a fulltime sponsor for 2020, after the Swedish drinks company sponsored them for a one-off event at the United States Grand Prix. Huski Chocolate branding will appear on the team’s C39 car, as well as the drivers’ race suits and the team personnel’s shirts.