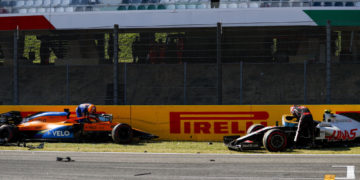 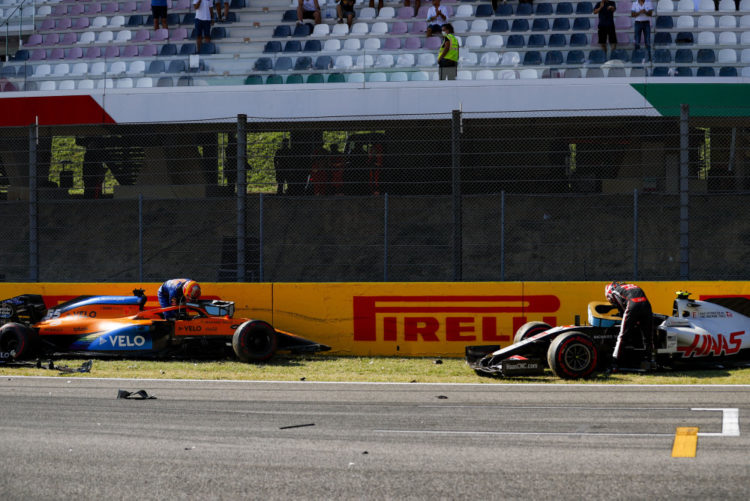 Tuscan Grand Prix – Kevin Magnussen, Nicholas Latifi and Daniil Kvyat have been summoned before the stewards for their part in the startline crash on the second restart.

Three drivers have been summoned before race stewards for their part in the crash that marred the second restart of the Tuscan Grand Prix.

Having had the race neutralised after an earlier crash, Valtteri Bottas was controlling the pace across the start finish line to restart the race. However, some drivers in the midfield seemed to try to guess when to floor the throttle and get a good restart.

This didn’t work out, with a big crash happening as some drivers drove into the back of much slower cars. Eliminated on the spot were Haas’ Kevin Magnussen, Alfa Romeo’s Antonio Giovinazzi, Williams’ Nicholas Latifi and McLaren’s Carlos Sainz.

However, the stewards have decided to summon some drivers who weren’t caught up in the crash. Alpha Tauri’s Daniil Kvyat has been called before the stewards, along with Magnussen and Latifi, with the summons relating to drivers maintaining a constant speed as the race prepares to restart ‘with no erratic acceleration or braking nor any other manoeuvre which is likely to endanger other drivers or impede the restart’.