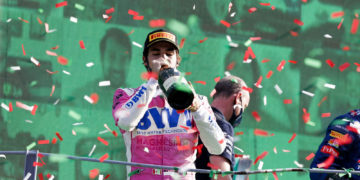 Lance Stroll: ‘Bit of a bummer’ despite P3 finish

Lance Stroll: ‘Bit of a bummer’ despite P3 finish 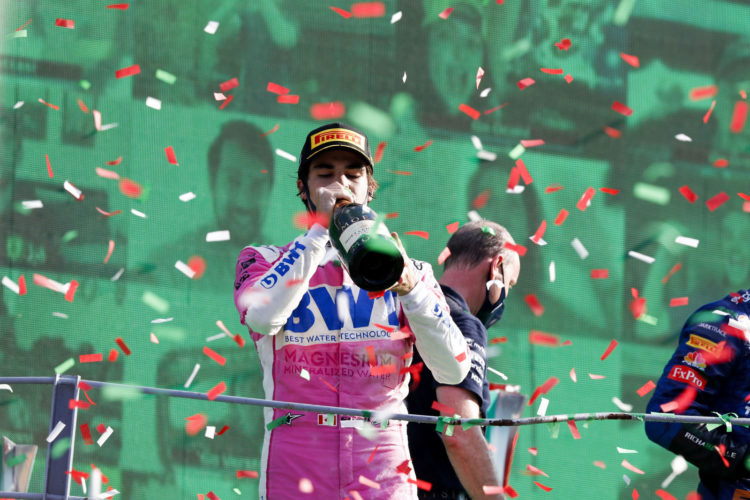 Italian Grand Prix – Racing Point’s Lance Stroll says he had no grip on the second restart, costing him a possible stronger finish than his eventual P3.

Lance Stroll claimed Racing Point’s first podium of the year by claiming P3 on Sunday at Monza, but the result could arguably have been even better.

However, on the restart, Stroll lost position to Pierre Gasly, Kimi Raikkonen and Carlos Sainz, but was able to recover position to fight with Sainz. With Raikkonen’s challenge fading along with his Soft tyres, Stroll was able to move back up to take the final podium position.

“It’s been a while since I’ve stood on the podium, but it was worth the wait to get my second one!” said Stroll afterwards. “It feels great to be back on the podium, I’m still pinching myself! It’s a weird scenario in a red flag situation – we don’t usually get an intermission during races! You just have to reset and prepare. Firstly, I want to congratulate Pierre, it was such a crazy race, but he fully deserved that win. He had a great launch at the restart and was so consistent after that.”

Stroll acknowledged he could have done more with a better restart, but didn’t have the grip to do any more: “It’s a bit of a bummer for me, because I think it was our race to win. I had no grip at the restart and had too much wheelspin, so I lost a few places and fell back to P6. I had a good battle with Carlos after getting some places back – I overtook him but he got me back and I was pushing for the win right to the end. We got a bit of luck with the timing of the red flag, but that’s part of Formula 1 and I’ll take it when it comes!”

“Regardless, I’m delighted with third today. I’m so happy for the team – thanks to them for giving me such a strong car.”