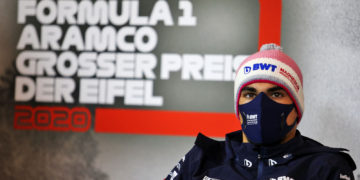 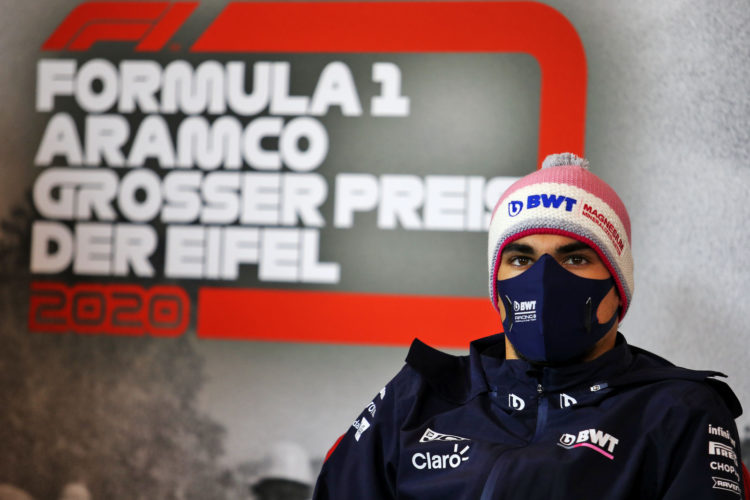 Portuguese Grand Prix – Racing Point’s Lance Stroll has confirmed that he did, in fact, test positive for COVID-19 on the Sunday evening at the Nurburgring.

Lance Stroll sat out the Eifel Grand Prix weekend after Friday’s cancelled practice sessions, having made the decision on Saturday morning to not participate. The Canadian hadn’t been feeling well ever since the Russian Grand Prix weekend, but had tested negative for COVID-19 in the tests prior to Portugal.

Entering the paddock on Thursday, Stroll took part in the media day at the Nurburgring before hanging around on Friday as rain prevented the drivers from going out on track. On Saturday morning, he decided against taking part and went into self-isolation in his trailer as a precaution while Racing Point called in Nico Hulkenberg to take his seat.

Stroll took to Instagram ahead of the Portuguese Grand Prix to confirm that he was diagnosed with COVID-19 on the Sunday of that weekend.

“I just want to let everyone know that I tested positive for COVID-19 after the Eifel GP weekend. I am feeling 100% and have since tested negative.”

“To fill you in on what happened, I arrived at the Nurburgring after testing negative in the normal pre-race tests.” said Stroll.

“On Saturday morning, I started to feel unwell and woke up with an upset stomach. I followed the FIA protocol and self-isolated in my motorhome and did not re-enter the paddock. I wasn’t fit to race so I flew home early Sunday morning. As I was still feeling under the weather, I took another COVID test on Sunday evening.”

“The next day, the results came back positive, so I stayed home self-isolating for the next ten days. Luckily, my symptoms were pretty mild.”

“I was tested again on Monday this week and my results were negative. I feel in great shape and I can’t wait to be back with the team and to race in Portugal.”

With Stroll only testing positive after he’d left the venue, Racing Point were able to run that side of the garage without withdrawing personnel – unlike Mercedes, who flew in personnel from the UK to cover gaps in their crew after positive tests. Questions will thus have to be asked of Racing Point’s approach to this incident, as FIA guidelines state that personnel feeling unwell should not enter the paddock. With Szafnauer admitting that Stroll was ill following the Russian Grand Prix, the Canadian shouldn’t have been in contact with any team personnel at the start of the Eifel Grand Prix weekend.

With Racing Point not reporting his illness as a possible COVID case, they could face repercussions from the FIA’s own application of their Code of Conduct regarding COVID procedures. Both Racing Point drivers have missed a race this year due to testing positive for the virus – the only drivers on the grid to have done so, with Sergio Perez missing the Silverstone races due to COVID.