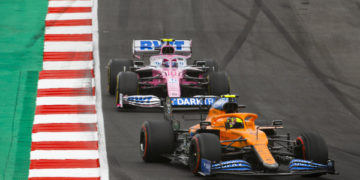 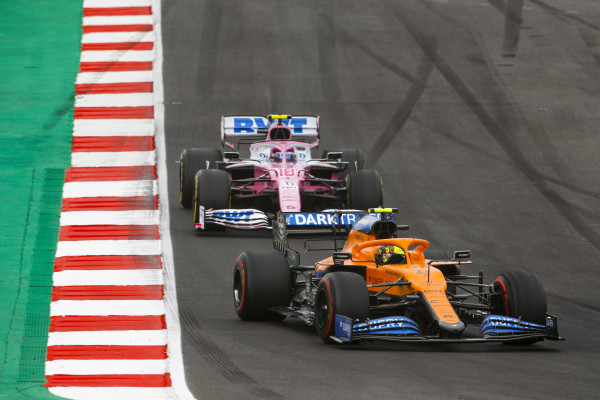 McLaren’s Lando Norris has issued an apology for making comments about other drivers in the media, following an interesting weekend on-track at Portimao.

McLaren’s Lando Norris drew the ire of Lewis Hamilton fans after Sunday’s race when, speaking to media afterwards, the British driver played down Hamilton’s achievement of reaching 92 race victories by saying: “he’s in a car which should win every race, basically. He has to beat one or two other drivers, that’s it”.

Norris had also called Lance Stroll names during the race when they collided at Turn 1, with Norris calling the Canadian a “d**khead” and a “c**t”. He apologised over team radio at the end of the race for those comments, saying they were made in the heat of the moment. He still criticised Stroll after the race, saying that the Racing Point driver ‘never learns’ from mistakes he makes on track.

The comments about Hamilton are likely to be the ones that Norris took to Twitter on Tuesday to apologise for. In a tweet, Norris said: “I owe an apology.”

“I’ve been stupid and careless with some things I’ve said lately in media and interviews, and haven’t shown the respect I should have to certain people. I’m not that kind of person, so know I should apologise to them but also everyone reading/listening. Sorry.”

Norris missed out on a points finish in Portimao as a result of the collision with Stroll, with the pair battling over P7 at the time. Stroll had tried to dive around the outside of the McLaren, but failed to leave enough room on the inside for Norris. The contact resulted in damage for both drivers, with Norris forced to pit for wing repairs.