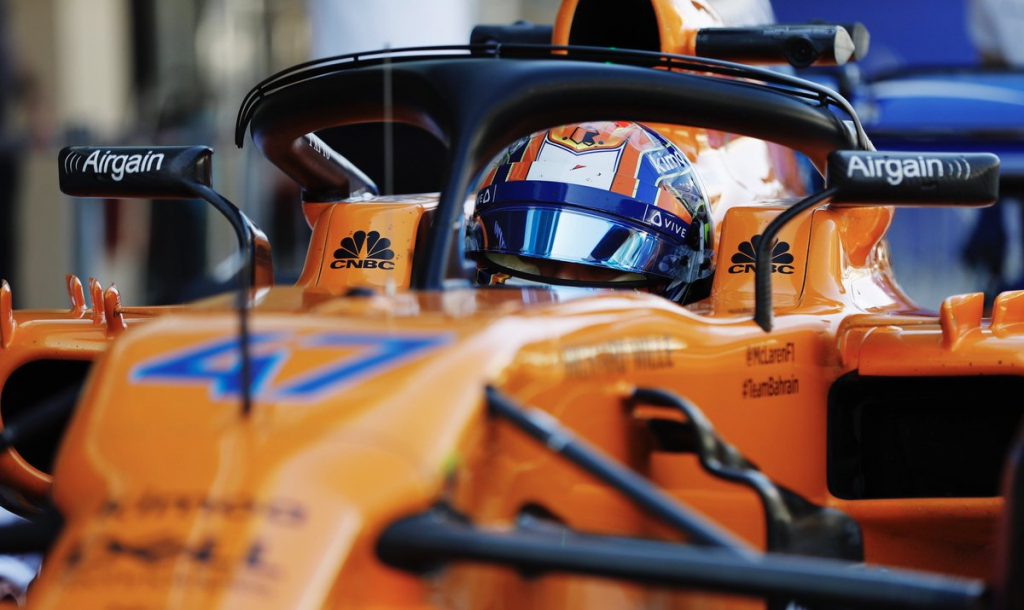 Testing – Lando Norris tested for McLaren on Tuesday as the team successfully completed what they called ‘the first day of 2019’.

Norris was at the wheel of the MCL33 for the first day of the Pirelli tyre test at Yas Marina in Abu Dhabi, the first time he has been the focus of attention of the team as he gears up to be one of the team’s race drivers in 2019.

“I think this was the most laps I’ve ever done in a day, so it was good.” he wearily said afterwards. “I got through a lot of the things I needed to, such as longer runs – which I haven’t done much of so far – so considering all that, I don’t feel too bad. I haven’t really felt the degradation of the tyres before, so that was one of the biggest things I wanted to get through.”

Having only ever driven the car in a supporting role up to this point, the enormity of the fact that he’s now testing for his own benefit is starting to kick in: “I’ll have a bit more experience for next year now, of tyre drop-off and things like that. I also wanted to put a few other things together, such as practice starts and giving feedback.”

“It did feel a bit different today, realising that a lot of the stuff we did was for my own good and things that will really benefit me a lot next year. I’m now trying to get everything based around me rather than the other drivers like in the past as Test Driver, so it definitely did feel a bit different. I really wanted to focus on trying to make it the best I could for me, so it was useful.”

After completing a successful day’s testing, it topped off a good day for the team after an earlier announcement that they have signed smartphone manufacturer OnePlus as a sponsorship partner, which will also include a deal with the McLaren Automotive side of the business. More details regarding the partnership will be announced at a ‘Salute to Speed’ event at McLaren’s Technology Centre in Woking on December 11th.