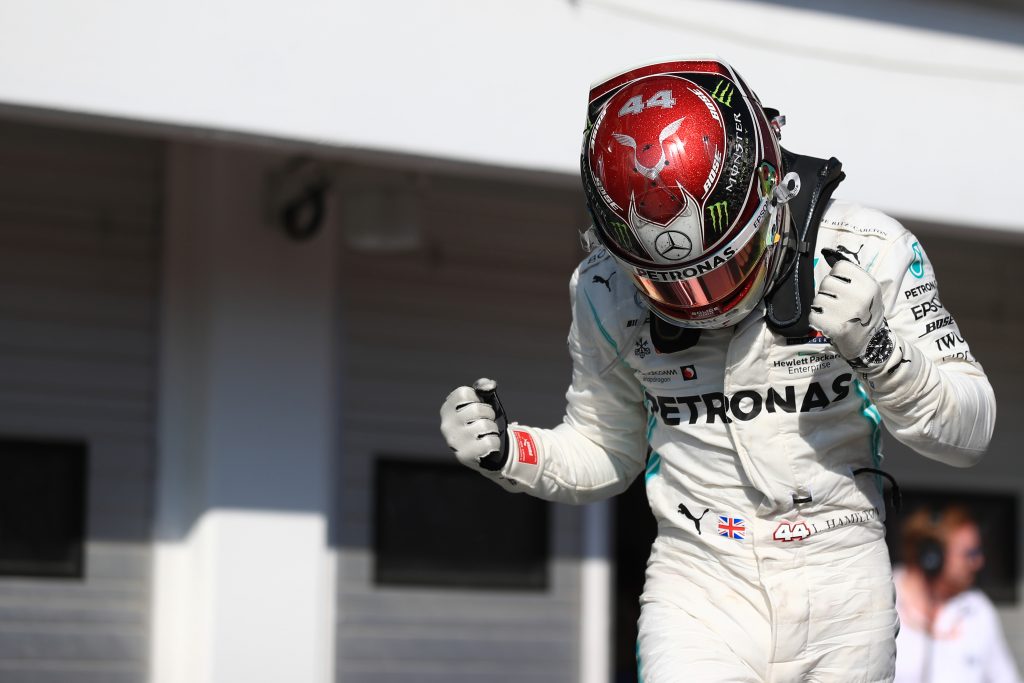 The championship leader secured his eighth win of the season – and his seventh at the Hungaroring – after executing Mercedes’ decision to complete a two-stop strategy.

Hamilton was chasing Verstappen for much of the race, but an extra pit stop meant Hamilton had to reel in the Red Bull driver and pass for the race lead with four laps to go.

With Verstappen looking in control of the race in the opening stint, his early lead over Hamilton rarely dipped below two seconds, but the start of Hamilton’s challenge for first place came after the first pit stops for hard tyres.

Hamilton initially looked to take advantage of fresher hard tyres than Verstappen, with their first battle taking place on lap 39, when the pair ran side-by-side through turns two to four, before Hamilton was forced to yield the position.

Not long after this attack, Mercedes took advantage of the big gap from second to third and pitted Hamilton for a fresh set of medium tyres. With 21 laps to go, Hamilton began to whittle down Verstappen’s 20-second advantage.

Verstappen’s tyres began to go off, and the Dutchman was powerless to resist Hamilton passing for the race lead around the outside of turn one. Moments after that, Verstappen pitted to dispose of the worn tyres for a fresh set of soft tyres, which allowed him to set the fastest lap of the race.

Third place went to Ferrari’s Sebastian Vettel who, after starting fifth, tried an alternate pit strategy in order to try and salvage something from the race, and choosing their more aggressive “plan c” strategy of medium-to-softs. Team-mate Charles Leclerc had been ahead for the entire race, but Vettel’s fresher tyres meant he easily took third place with a couple of laps to go.

Valtteri Bottas’ chances of a Hungarian Grand Prix victory were effectively ended on the opening lap of the race after a scruffy opening few corners and tangle with Leclerc.

After locking up in turns one and two on the opening lap, Bottas lost second place when Hamilton overtook around the outside of turn two. The lost momentum allowed Leclerc to pass before turn four, but the two drivers came together, which resulted in front wing damage to the Mercedes.

After struggling for a couple of laps, Bottas pitted for a new front wing and hard tyres, falling out of contention. A second pit stop for medium tyres gave him the pace to pass Lando Norris in the final laps of the race.

Alex Albon completed the top ten after a late-race overtake on Racing Point’s Sergio Perez, who brought himself into contention by gaining four places at the start.

To view the full results from the 2019 Hungarian Grand Prix, click here