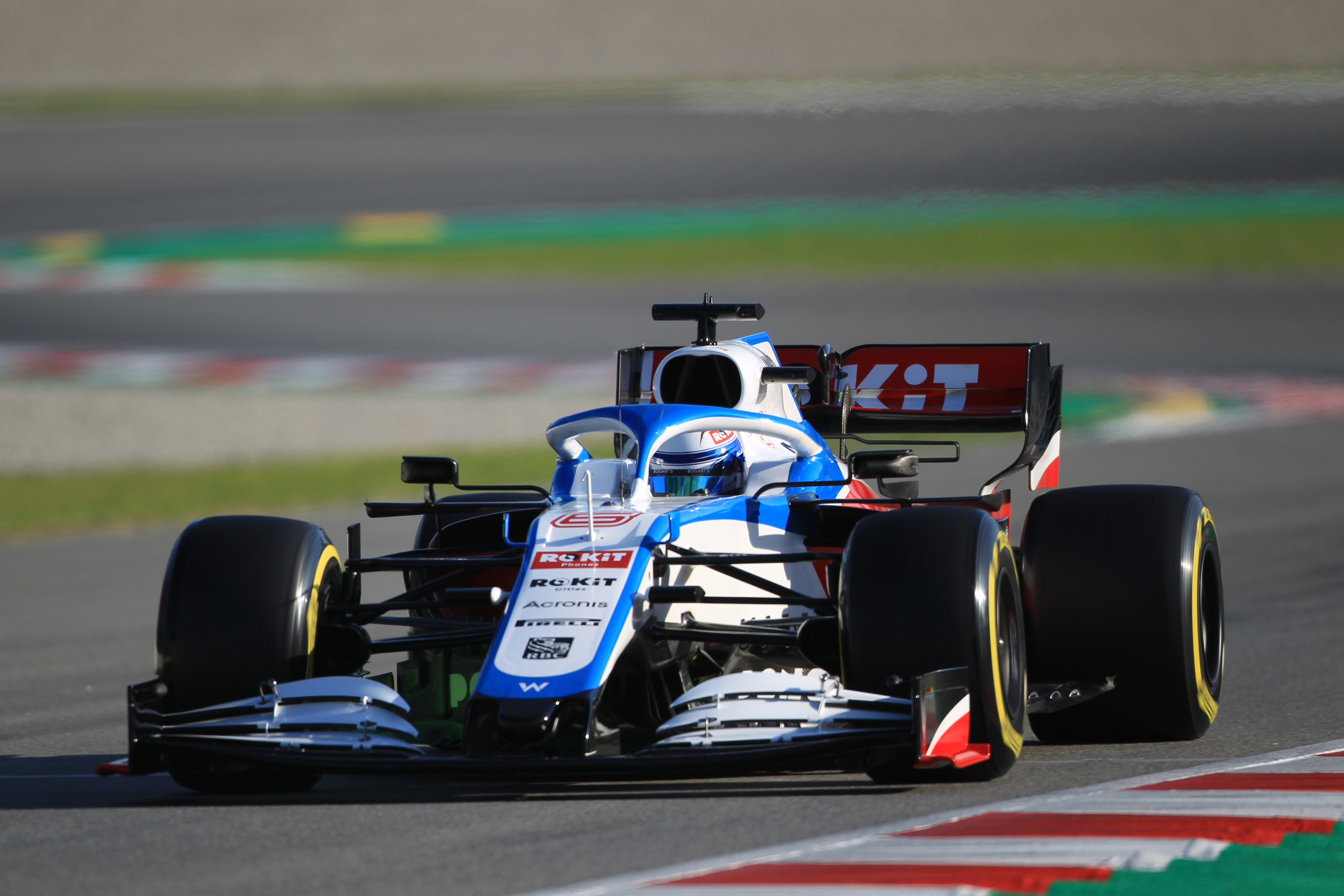 Williams’ Nicholas Latifi says he can feel a clear step forward in the FW43 compared to last year’s troubled car, despite testing not being representative.

Canadian racing driver Nicholas Latifi steps up to Williams’ race duties this year as he lines up alongside George Russell for the 2020 season.

Having been a test driver for Williams last year, Latifi was one of the drivers to have sampled the tricky FW42 during practice and test sessions and he says that, even after a solitary day in the new car after the team’s shakedown on Monday, there has been a clear step forward.

“Overall, I think it was quite a good day.” said Latifi after doing 63 laps in total in the afternoon. His best time was 1:18.3, 1.4 seconds off the pace set by Lewis Hamilton and Mercedes.

“I was only driving in the afternoon so just watching George go around in the morning and just following along on the radio and seeing what I can learn, what I can pick up ahead of driving. Shakedown days are not representative of the car. For me, driving wise i think it was very positive.”

“I can feel for sure comparing to last year, the car has made a step forward in some areas which is great to see. It’s only first day of testing so, for sure, still some room for me to get more up to speed, more comfortable with the car. Testing how the car reacts in different situations. In general, there’s a little bit more confidence, overall more grip so thats really the basics.”

Latifi’s comments echo what Russell said after driving in the morning session, who said he can also feel clear improvements in the car despite it being an evolution of the FW42 concept.

Williams didn’t take part in the first two days of testing last season, but were first out on track this year. Latifi says getting that hurdle out of the way straightaway was a big fillip for the team:

“Overall, for me, is very positive. We were the first ones out which was quite good for the team getting organised and on top of everything this year. Especially that was a bit frustrating for everyone last year.”

“The guys back in the factory and here at the track pushed really hard during winter time. Everything was set to go, so great to see . My feeling on the car is overall positive so far. Comparing to last year, definitely a step forward. Feeling more overall grip. Still in the first day of testing so need to see how it evolves and there’s more potential to unlock from the car.”