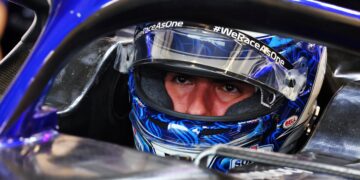 Latifi tops wet FP3 ahead of Leclerc as Vettel crashes out

Latifi tops wet FP3 ahead of Leclerc as Vettel crashes out 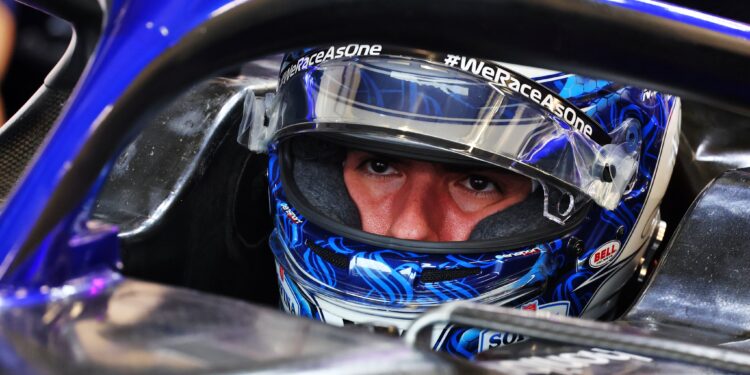 In a big contrast to the sunny, thirty degree plus temperatures experienced in the first two practice sessions yesterday, FP3 was held in cool, wet conditions at the Hungaroring. Ferrari were the first to brave the conditions with Charles Leclerc leading the way and setting a 1:46.044 as the opening time on the charts.

The full wet tyres were the choice at the start of the session for all but Alpine’s Fernando Alonso who decided that the green ringed intermediates were the better idea. The Mercedes and Red Bulls remained in the garages while the others circulated and just before the fifteen minute mark Leclerc had shaved the times down to a 1:43.364 with Carlos Sainz just less than a second further back while Alonso had kind of made his tyres work with in P3 though he was almost two and a half seconds off the Ferrari pace.

With just over twenty minutes of the session run, Valtteri Bottas was the sole driver circulating in the rain and improving to P10 in his Alfa Romeo. The Ferraris were still at the top of the times though Alonso had been demoted by the two Aston Martins. Neither Red Bull had emerged by that point though on the Mercedes side George Russell had done a few laps while Lewis Hamilton had been strapped in and looked to be ready to leave his garage before then deciding against it.

The track got a bit busier a few minutes later after Mick Schumacher showed that improvements were possible with the Haas driver setting a 1:45.156 to go P3. Hamilton made his first appearance on track just before the halfway point of the session while the Red Bull racers started getting ready to head out a few minutes later as the rain died off.

With 25 minutes to go the first yellow flags of the session were waved as Pierre Gasly spun on track after having taken a bit too much kerb. The AlphaTauri driver was able to get back facing the right direction and continue.

With just over twenty minutes to go the first of the Red Bulls took to the track with Sergio Perez heading out on the intermediate tyres, which were the tyre of choice at that point although Hamilton and others were reporting that there wasn’t much grip on them. Max Verstappen made his appearance a couple of minutes after his teammate while Russell was so unimpressed with the green-ringed tyres that he swapped back to the full wets.

With fifteen minutes to go the track was the busiest it had been all session though times were not changing as drivers struggled with the grid, Leclerc managing to control his Ferrari in a 360 spin just before Russell slid off into the run off before switching back onto the intermediates.

Just before the ten minute mark times started to come in with Sebastian Vettel and Alonso managing to split the Ferraris at the front though unfortunately the German then lost the rear of his Aston Martin and ended going backwards into the barriers which called out the Red Flag with nine minutes on the clock.

The session was back to green flag conditions with four minutes to go as just over half the grid took to the track including the Ferraris, Mercedes and Verstappen. All the rest of the cars were out at the very end of the session and Verstappen went to the top of the times, a tenth quicker than Leclerc’s earlier time though the Ferrari racer did get back ahead before the Williams cars put in some incredible laps to go P1 and P3 with Nicholas Latifi going over half a second ahead of Leclerc with a 1:41.480.

Alex Albon was a few tenths further back to sandwich Leclerc between the two Williamses while Russell finally managed to find some grip to set a 1:43.434 on the inters to take P4.

The early intermediate adopter, Alonso, was P5 just over two seconds off the Williams’ pace while Sainz slotted in behind him. Lando Norris was P8 for McLaren while Vettel’s pre-crash time saw him end the session P9 with Kevin Magnussen’s Haas rounding out the top ten with a 1:44.655.