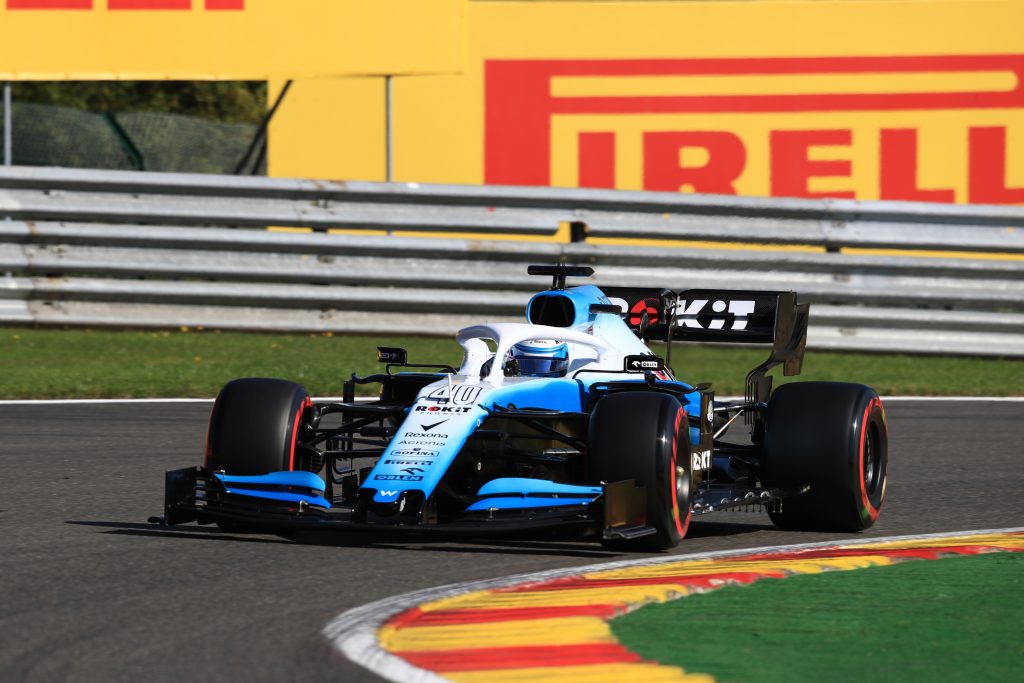 The Canadian Formula 2 racer was at the wheel of the FW42 for the first practice session in Belgium, taking George Russell’s seat for FP1.

Having not driven the car since the FP1 session at the French Grand Prix back in June, Latifi was able to compare how the car drove with the updates fitted over recent races to the one he drove at Paul Ricard.

“It’s been a while since i last drove the car in Le Castellet and there’s been quite a few changes since then.” he said. “It’s difficult to compare the FW42 across different circuits but, in terms of general characteristics, I did notice an improvement of the car. On a general note, I noticed a slight improvement with the car despite running with a smaller rear wing, and I was pleased with my session.”

“The predictability of the car – at the beginning of the season, I was struggling with the tests to get a consistent feel through the corner.” Latifi continued. The entry, the apex, the exit. It seems that now it’s more drivable, more predictable, that really helps someone like me who is jumping in and out between Formula 2 and the Formula 1 car.”

With the Canadian driver aiming to win the Formula 2 title with DAMS this year, he has taken part in three FP1 session so far with a further three outings planned with Williams between now and the end of the season. Asked about how he felt after getting the chance to drive an F1 car around Spa, Latifi said: “All the fast corners, it was quite fun. Especially right after the summer break, every time you step back in it feels a bit weird because you haven’t driven in so long. Stepping into the F1 car, it was really cool.”

Jumping from the Williams into his DAMS for Formula 2 during the day, he explained to FormulaSpy the difference in feeling in driving the two formulas around the track: “From Pouhon through the next two or three corners, that’s where the high speed stuff feels most different to the Formula 2 cars. Eau Rouge and Radillion are flat out either way – actually, I think Radillion when you come over the crest actually feels quicker than the F1 car because you dont have power steering and it’s bumpy and you feel like you have to fight it a bit more compared to the F1 car because that’s easy flat. But the second half of the track is where you really feel the F1 cars potential by comparison.”